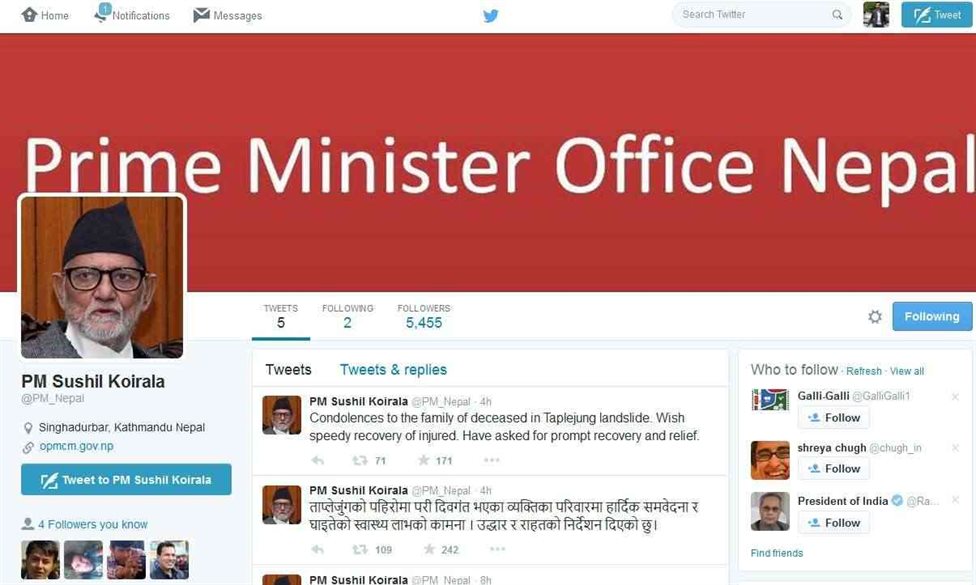 Prime minister of Nepal has joined the twitter. With the international community being active through social media like twitter too,  he has also joined Twitter so that he could stay connected to the people and listen to the feedback of people.
Having 5,403 followers till now he is just following two of the great leaders of other countries who are President of America, Barrack Obama and Prime Minister of India, Narendra Modi.
Through his tweets, he has extended heartfelt condolences to the family of the deceased and the soon recovery of the injured ones during the earthquake. As said the account is created so that he could monitor the world news and get connected to the people through it, we hope to see a positive approach to this step in the future.
This way the communication gap between the people and the prime minister will decrease, and people will easily be able to share their thoughts to the prime minister and vice versa. Usually, there is a communication gap between the leaders and people. Therefore this step can be encouraged positively as it will bring the ones leading the country and people closer.
So we welcome our Prime Minister and expect him to utilize the power of social media as much as he can to help Nepal become a better place.

International ICT Conference To Mark On June 17 And 18

NPNOG -3 Conference And Workshop At Chitwan 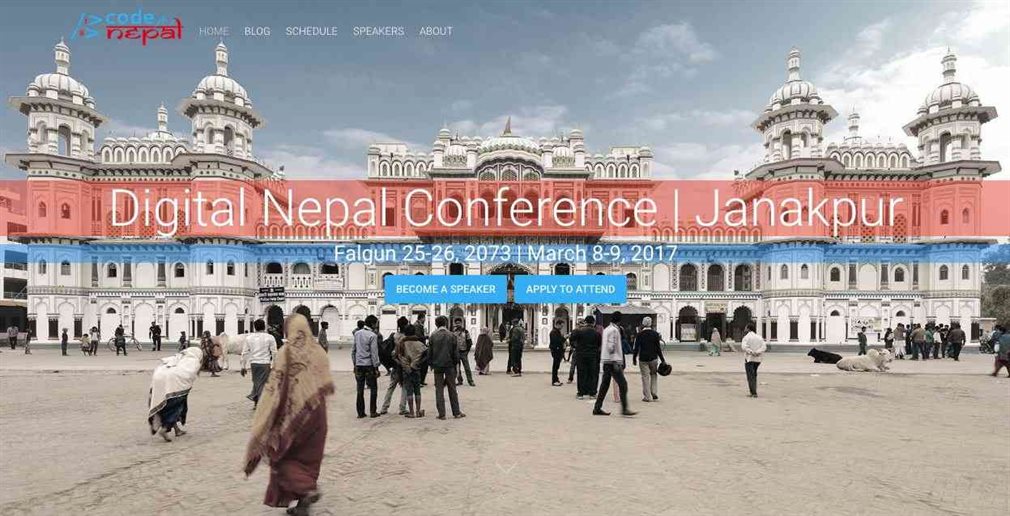