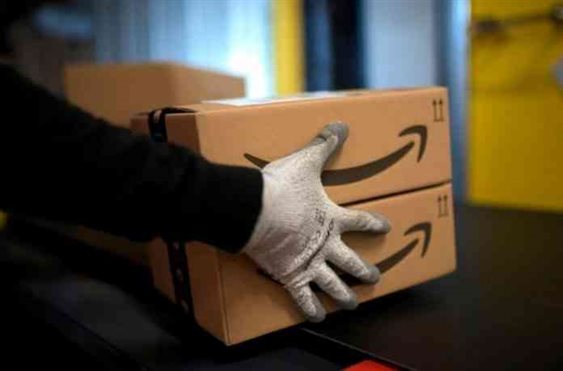 Amazon recently said it is rapidly expanding temperature checks for its employees amid facing criticism for its pandemic response. It has nearly completed its hiring spree of 100,000 additional workers at its distribution centers.

Currently, Amazon is under a lot of pressure grappling between delays in the delivery of packages and worker’s safety concerns. By the end of March, workers were petitioning to provide sick leave regardless of coronavirus test results. They were concerned about their health and access to the test.

Despite Amazon’s expression of support for its workforce, employees claim a disparity between Amazon’s messaging and actions in the warehouse. This has left workers concerned about their safety and health. They are worried about crowded hiring events and training sessions, limited access to disinfectant wipes. They have started doubting the company’s overall ability to follow through on its commitments.

By mid-March, Amazon warehouses witnessed a fall in attendance to 30%. More than a dozen of those warehouses have confirmed cases of coronavirus in recent weeks. Multiple fulfillment centers are calling for deep cleaning. Employees of at least three sites have staged walkouts this week to protest against Amazon’s decision to keep the centers open for business.

On its blog post, Amazon said more than 100,000 employees per day are now receiving temperature checks. However, an Amazon spokesperson declined to provide a list of facilities to CNN Business where temperature checks have begun.

Reports suggest that the company would be monitoring temperature checks in New York and Seattle sites, including its Staten Island facility, JFK8.

In fact, employees at JFK8 were notified via a message in their “A to Z” app that temperatures checks would begin for everyone entering the building the first time that day. However, two Amazon employees told CNN Business that nothing of such sort happened. There were no temperature checks that week.

Moreover, one of the employees said they started experiencing symptoms during a shift and a manager instructed them to go home. On the way out, security took their temperature which showed above 100.4F threshold recommended by the Centers for Disease Control.

That was not the end of the mixed messaging. On Thursday, employees received another message on the employee app that suggested daily temperature checks had not yet begun. This obviously contradicted previous claims from Amazon.

“In the next few days, we will begin conducting a daily temperature check,” the message read. “You’ll be notified when this is starting at your site.”

Also, Amazon declined to provide a count update on the number of coronavirus cases at JFK8. On the Staten Island facility, employees have claimed as many as 10 workers having been diagnosed. Out of those, only three cases were disclosed.

There were also reports on limited supplies of disinfectant wipes and hand sanitizers at the facility. “One person walks around handing it out so you got to wait until they come around to you to get a disinfectant wipe,” Mario Crippen, an employee at the DTW1 facility in Romulus, Michigan said.

“We Amazon employees work hard every day, the least [the company] could do is be honest about the condition of things inside the belly of this beast,” one of the SDF4 employees told CNN Business.

Amazon acknowledged that it has added 450,000 containers of disinfecting wipes and around 100,000 hand sanitizer containers to its facilities. Furthermore, it added that face masks are becoming available for the workers.

The company claimed to have hired 80,000 of its planned surge of 1000,000 workers reflecting its quick response to customer demand. At the same time, the quick hiring process may have some potential danger to it.

A job applicant shared that she discovered a crowd of around 30-40 applicants in a single waiting room for the interview. The company had provided a solitary bottle of hand sanitizer for the room. Some applicants were even coughing and sneezing. This inflicted fear among other applicants. The job applicant took a look at the situation and fled. She has not rescheduled her interview.

According to Crippen, they are training new hires in a closely placed room where he works. Last week, the facility hired 86 new workers who needed on-boarding, he said.

“Some of the people that do the new-hire training are afraid to do it,” Crippen said. “There are so many people at one given time and there’s no way to social distance in one room.”

Despite this, Amazon claims that its recruitment centers follow social distancing guidelines.

Dave Clark, Amazon’s senior vice president confirms that the company has made more than 150 changes to its safety processes for workers.

“With over 1,000 sites around the world, and so many measures and precautions rapidly rolled out over the past several weeks, there may be instances where we don’t get it perfect,” Clark wrote, “but I can assure you that’s just what they’ll be — exceptions.”

Amazon also claims to audit warehouses’ compliance with the rules to ensure and enhance worker’s safety.

Some Highlights Of Google I/O