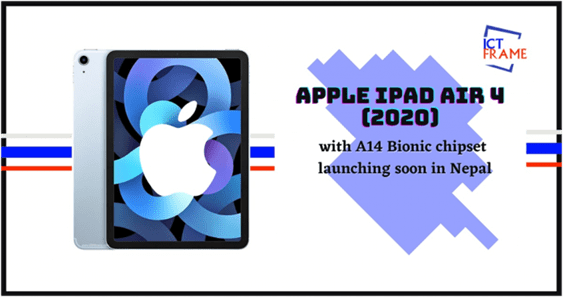 Apple iPad Air 4 (2020) is integrated with the Hexa-core A14 Bionic chipset is launching soon in Nepal. It consists of a lot of the features that were previously exclusive to the iPad Pro. Also, the iPad has a new and more attractive design then previous models 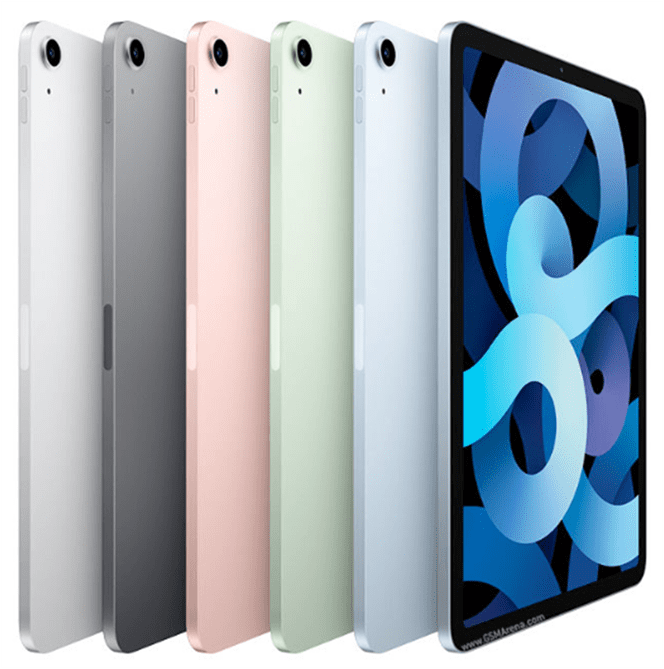 With its hard metal frame, the iPad Air looks and feels like an iPad Pro and is a touch slimmer and lighter. It has a larger and wider screen than its previous versions. The top and bottom of the tablet include powerful stereo speakers, which give real, two-channel stereo sound in landscape mode. At top of this Apple tablet, there’s a sleek innovation in the form of a power button which also doubles as a fingerprint sensor. Due to which the iPad Air doesn’t need a big bezel for a physical Home button.

The iPad Air has a 10.98-inches LED-backlit IPS Retina Display. It’s laminated with an anti-reflective coating which makes it less reflective, and more pleasantly usable, than the other standard iPad’s screen. The screen has a 2360 x 1640 pixels resolution with 264 PPI pixel density.

At this time, iPad Air 4 (2020) is the fastest iPad available and benchmarks faster than any Android device. It runs on an Apple A14 processor with 4GB of RAM/256GB of storage or 64GB/256GB of storage. iPad Air 2020 is the first device to house the 14 chipsets that are used in the iPhone 12 lineup as well. the new iPad Air operates on iPadOS 14 and is supported by Apple GPU (4-core graphics). Apple is claiming up to a 40% boost in CPU and a 30% boost in graphics performance with the new setup, compared to the last generation iPad Air featuring the A12 Bionic chipset. 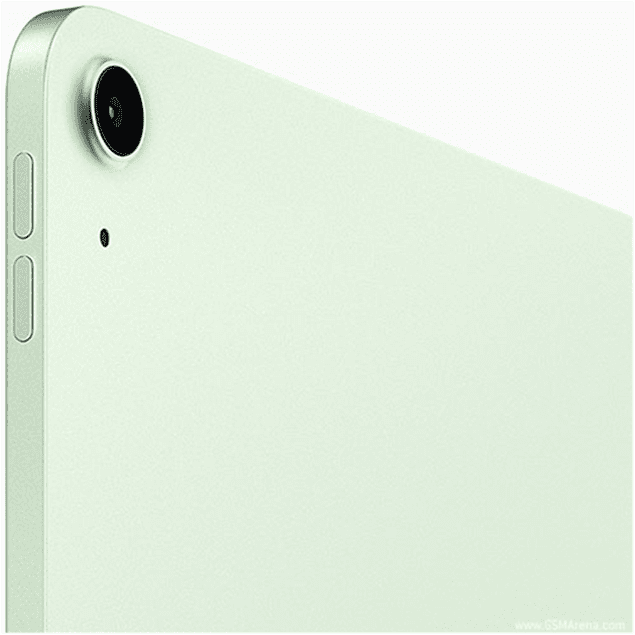 The new iPad Air has a 12-megapixel main camera and a 7-megapixel front-facing camera, which means it has the same back as well as the front camera of iPad Pro. The back camera can shoot videos of 4K at 24/30/60fps and 1080p at 30/60/120/240fps. Likewise, the front camera can shoot videos of 1080p at 30/60fps. iPad does not feature ultra-wide shooter and LiDar scanner.

For connectivity Wi-Fi 802.11 ax , Bluetooth 5.0, iBeacon, GPS / GNSS (Cellular model) connections are available. it has a Power button which features a Touch ID sensor for security and various other sensors such as Accelerometer, Ambient Light, Barometer, compass, Three-axis Gyro.

The Apple iPad Air (2020) is set to be rolled out in the Nepali market from the 3rd week of December. The Starting price of the Apple iPad Air 4 (2020) in Nepal is from NPR 95,000. It will be available in five colors: silver, space gray, rose gold, green, and sky blue from official Oliz and Evo Stores.

Motorola Is Returning To The Nepali Market