The arrest of people who send out pornographic messages, send images, sexually assault, and harass women.

Also making worse for victims, they made fake email & misusing internal service they send pornographic images and upload on some pornographic platform.

As it was found that he had committed an offense under Section 47 of the Electronic Transactions Act, 2063 BS by committing sex extortion and harassment, he was arrested by the Honorable District Court. Aslam Ansari, 36 of age from Parijat Path, was arrested from Hetauda on 2077-09-07 with the help of the District Police Office, Makwanpur.

Similarly, on the social network Facebook, Indrayani (name changed) created a fake ID for her relatives and Sending sexual, obscene messages and pictures to close friends, posting obscene material with sexually explicit content, insulting, harassing, and violating Section 47 of the Electronic Transactions Act, 2063 has been found. 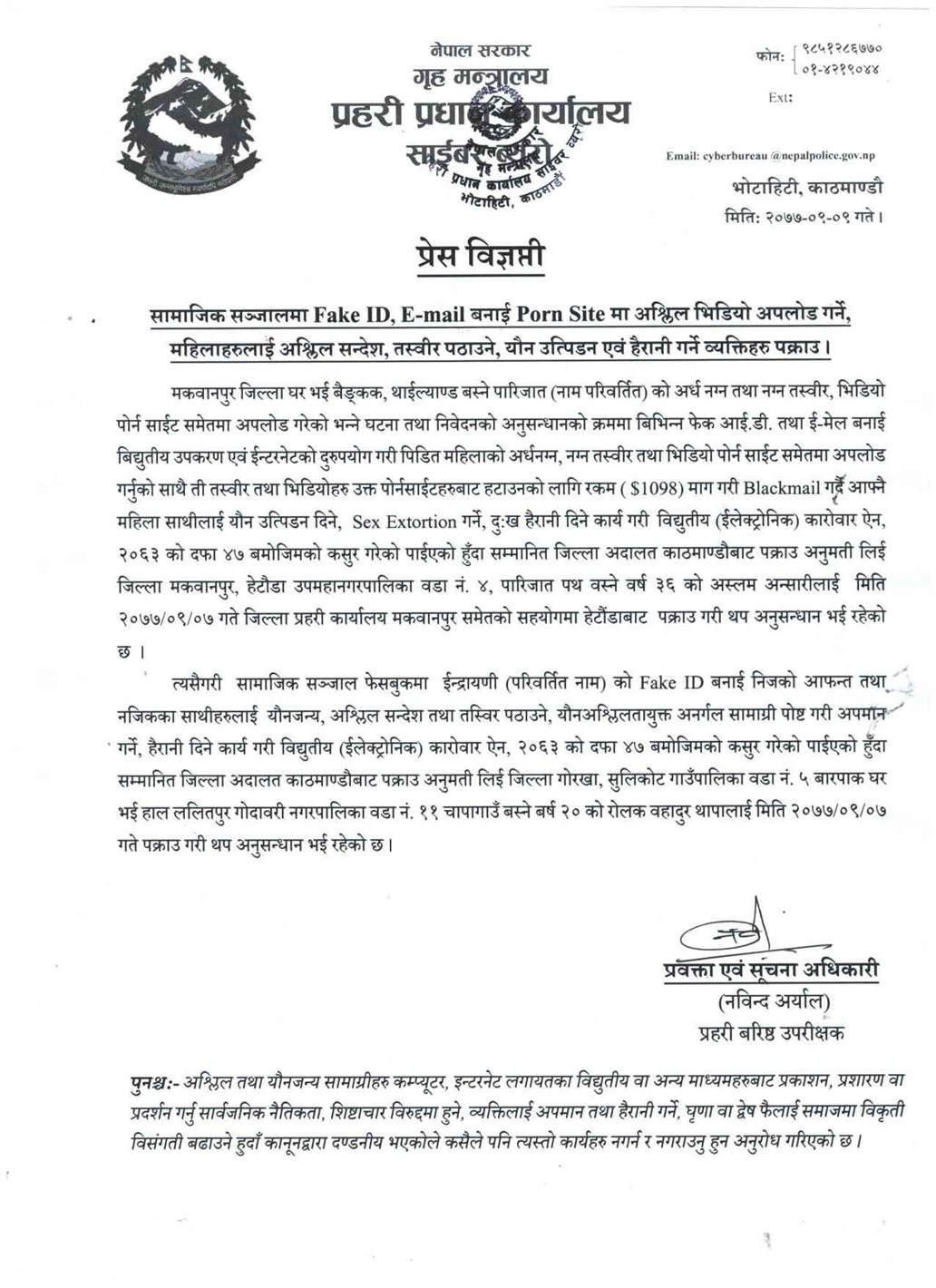 Publishing, broadcasting, or displaying pornographic and sexually explicit material through electronic or other means, including a computer, internet, etc. It is requested not to do.