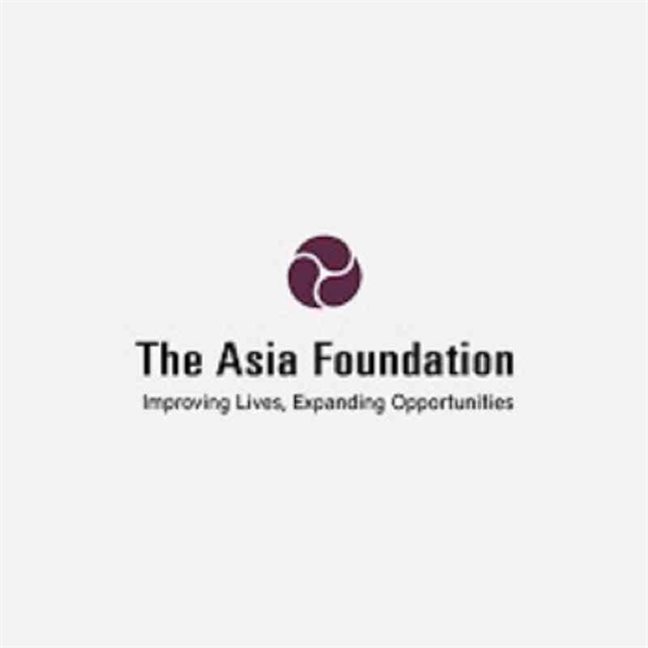 The Asia Foundation publishes a report on Optimising Screening and Support Services for Gender-Based Violence and Trafficking in Persons highlighting the interlinkages between the two issues.

The research in Nepal has developed a bridging document to reflect the interlinkages between GBV and TIP and highlights the need to improve screening and identification as well as service delivery for trafficking survivors through a holistic gender-based violence lens.

The Asia Foundation, with support from the Office to Monitor and Combat Trafficking in Persons (J/TIP), United States (US) Department of State conducted a multi-country qualitative research study to help inform and improve the efficiency and effectiveness of screening and service provision to victims of trafficking in persons (TIP) and gender-based violence (GBV) in diverse contexts in three target countries India, Nepal, and Sri Lanka.

The program partnered with FXB India Suraksha in India, the Centre for Policy Analysis in Sri Lanka, and Social Science Baha in Nepal, to conduct country-specific research.

The regional convening of the research was held in Delhi on March 24 & 25 and featured key official and non-governmental stakeholders from India, Sri Lanka, and Nepal.

Speaking about the event, Nandita Baruah, Country Representative – India, The Asia Foundation said, “We are very happy with the positive response received from our eminent speakers and audience at this two-day meeting. The research unpacks the intersectionality between gender-based violence (GBV) and trafficking in persons (TIP) and underlines GBV as one of the critical push factors for trafficking. Informed by key informant interviews, stakeholder interviews, focus group discussions, a review of laws, and secondary literature, the study throws light on the link between GBV and TIP and the gamut of violence that victims suffer. It identifies certain country and sector-specific interventions that can be undertaken to help improve victim identification and ensure access to appropriate services in a time-sensitive manner. We hope the recommendations and tools developed in partnership with experts will support action to stem human trafficking and improve victims’ access to service delivery”.

Deepak Thapa, Director of Social Science Baha, Nepal says “Conducted under the most difficult circumstances of the Covid-19 pandemic, the study was able to uncover the various challenges facing law enforcement officials and service providers in preventing both GBV and TIP and the impact it has on those affected, particularly in terms of screening and identifying victims. What came through strongly in discussions with all sides was how GBV is often a precursor to TIP and how trafficking itself contributes to violence, specifically against women.”

Suswopna Rimal, Senior Programme Officer at The Asia Foundation’s Nepal office says “Often trafficking in persons and Gender-based violence are looked like two different issues, overlooking the intersectionality between them.

This study has made an attempt to see both these issues in relation to one another and provided service providers with tools and recommendations for them to address these vulnerabilities while dealing with the victims of TIP and GBV.

The study has also brought in voices from a diverse group of stakeholders regarding the integration and separation of services provided to TIP and GBV victims and we hope that the findings would be incorporated not just into policies and programs of the government but also helpful for organizations working directly with the victims”.

Charimaya Tamang, Founder of Shakti Samuha, Nepal on How are the services given to trafficking survivors and GBV survivors are different – “There are some differences, for instance, for GBV survivors, the issue is rooted at home so we need to manage their security at home and develop their self-esteem at home.

If the cases of GBV are extreme, the survivors need to go to safe homes. In the case of trafficking survivors, the services start from when the individuals are trafficked. In both cases (GBV and trafficking), confidentiality is required. Both survivors require protection”

In Nepal, the national convening was held virtually on 22nd March, owing to COVID-19 precautions. The report explores the interlinkage between GBV and TIP with a focus on the current legal framework as well as screening and service delivery governing both issues. Recognizing the close interlinkage between two issues, a key question underlying the research has been the possibility of integrating or separating services to ensure better service delivery to the victims.

Additionally, the research has identified a lack of guideline or Standard Operating Procedure (SOP) that recognizes the vulnerability of GBV victims to TIP and also how TIP causes GBV. In order to bridge this huge gap, a supplemental SOP has been prepared, in collaboration with Shakti Samuha, for adoption or adaptation by the key actors involved in preventing both GBV and TIP.

As the next step, The Asia Foundation hopes to engage key government stakeholders and policymakers in the coming months to map out possible solutions and integrate some research recommendations into their current efforts.

There is a growing understanding of the need for clarity regarding the mutually reinforcing intersections between migration, trafficking, and smuggling. GBV is the leading cause of TIP in Nepal, with trafficking perpetrators preying on victims of GBV who come from an unstable environment at home.

Information on GBV is available although rife with various shortcomings. In the case of TIP, information is sparse, scattered, and incomplete. There is almost no data on violence faced by men and people of other genders. Under-reporting is widespread, arising mainly out of fear of both retaliation and stigmatization.

Checkpoint inspections at the border focus almost exclusively on female travelers. There is no operating procedure or protocol for the identification of victims of trafficking or GBV. Officials rely mainly on visual cues and their experience to identify victims.

Several gaps and challenges exist in the implementation of laws and legal procedures governing GBV and TIP. Fraudulence in labor migration, human smuggling and trafficking, and victims engaged in commercial sex being conflated with TIP is a concern.

Despite the interlinkage between GBV and TIP, the Standing Operating Procedure on GBV does not mention trafficking even once and neither do the Guidelines on the Identification of Human Trafficking and Transportation Victims have any reference to GBV.

Most victims thought integrating services would be better mainly because of the emotional support the two kinds of victims are likely to provide each other when staying together and also because parity would be ensured for both sets of victims.

The multi-country study commissioned by The Asia Foundation was carried out in India, Nepal, and Sri Lanka. The findings are sourced through key informant interviews, focus group discussions, and case studies gathered from the field. In Nepal, a total of 72 interviews were conducted with various groups of stakeholders. This included service providers; law enforcement officials, including police, border and immigration officials; judges; prosecutors; and other government officials. Likewise, two focus group discussions (FGDs) were conducted—one with seven service providers and the other with six law enforcement officials.