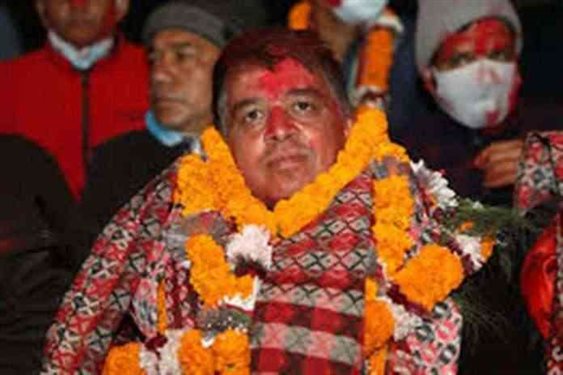 Senior Vice President of the Federation of Nepalese Chambers of Commerce and Industry and Chairman of the IME Group Chandra Prasad Dhakal has been honored by various organizations in the district of Baglung.

Dhakal, who had reached his home district of Baglung to address the business programs organized by the various companies of the group, was honored by the local organizations by organizing separate programs on the occasion.

An old school Vidyamandir Secondary School in the district of Baglung organized a program to honor students. Addressing the function of former Chief Justice Kalyan Shrestha of the Supreme Court, Senior Vice President Dhakal said that the lack of interaction with the school community has affected the quality and educational character of the students.

He said that quality education is now required in community schools. He said that the great task of making the students of Vidyamandir Mavic, who are the future of the district and nation, and able to face any challenge that comes in the future and to improve their educational potential, was in the hands of the teachers. Dhakal said that it was the school’s duty to make it more successful by concentrating on quality education.

Dhakal has come to Baglung for the first time after being elected as Senior Vice-President of the Federation of Nepal’s Chambers of Commerce and Industry. On this occasion, the locals asked Dhakal, who is also the chairman of the IME Group, to invest in the economic growth of the local area by organizing honorary programs by various organizations operating in the vicinity of Baglung.

JAWA DASHAIN: Free Jawa Jacket and Helmet With Its Every Legendary...