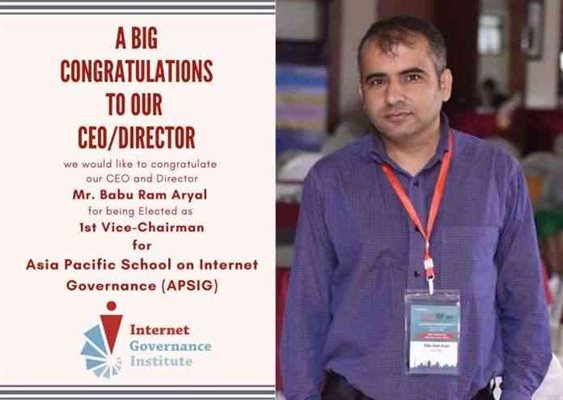 Following his election, Aryal stated that he would focus on Internet governance capacity building and institutional development in Asia and the Pacific. Delta Law’s chief executive officer, Aryal, is also a cyber law expert.

The Asia Pacific School of Internet Governance is a non-profit organization dedicated to improving Internet governance capability in Asia and the Pacific.