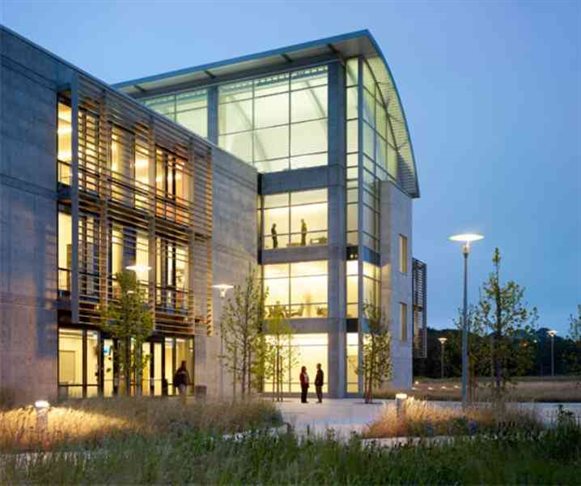 For every learner choosing the right college is the best and the toughest part of taking a decision. It is not the case only for a single individual, but for everyone, it is the same case. It is not just the matter of deciding to attend a two-year or four-year College, but it is the case of future career so you also have to mine through a vast amount of government data to find the best and the right colleges meeting your all requirements and needs. To simply your tasks of searching some colleges we are the outcome with the list of top 10 best information technology colleges in California.

Stanford University is one of the best American’s most prestigious universities founded in 1891. It offers four computer technology degrees programs. In 2015, 435 students were graduated in the study area of computer science with 217 Bachelor’s degrees, 187 Master’s degree, and 31 Doctoral degrees. Furthermore, Stanford’s educational programs are conducted in seven schools: Earth Science, Education, Business, Engineering, Law, Humanities and Sciences, and Medicine. But a majority of students are in the field of computer science, engineering and biology.  It has an excellent graduation rate of 95%

California Institute of Technology is one the private institution in the USA that was founded in 1891. It is commonly known as Caltech. One of the best assets of this school is its small size where around 300 full-time professors are ready to serve an undergraduate body of about 1,000 students. Cal Tech is heavily inclined towards theoretical and applied sciences, and about 99% of its undergraduate students are placed in the top 10% of their high school graduating classes.

The University of California-Berkeley is a public institution that was founded in 1868. It is consistently cited as one of the best colleges in California. It utilizes a semester-based academic calendar.  Berkeley has 14 schools and colleges, with some graduate and professional schools such as “The School of Optometry” and “The Graduate School of Journalism.”  Berkeley’s recently faculties have combined to win seven Nobel Prizes.

Harvey Mudd College was established in 1957 with the goal of drawing the nation’s top budding scientific and technological minds. Harvey Mudd College is very famous among STEM (science, technology, engineering, and mathematics) Students. Here a team of juniors and seniors work together with professors to solve real-world problems.

The University of California at Los Angeles is located in western Los Angeles. It has a very high-profile image of covering 3,800 courses in 109 different academic departments. UCLA’s Henry Samueli School of Engineering and Applied Science are considered to be the birthplace of the internet. UCLA also has a prestigious School of Theater, Film, and Television and School of Dentistry.

The University of California at San Diego ranks 14th in the United States of America and 18th in the position of the world. It is also a public institution founded in 1960 and has a total undergraduate enrollment of 28,127. The University of California lies alongside the Pacific Ocean in the La Jolla Community of San Diego. UCSD covers six undergraduate colleges, five academic divisions, and five graduate and professional schools.  Its School of Medicine and Jacobs School of Engineering are highly ranked and also known for its International House.

The University of Southern California is one of the finest and leading private research colleges in California, USA.  USC’s academic program is offered through 23 colleges and has two official campus locations: the Health Sciences Campus northeast of downtown and the University Park Campus in Central Los Angeles. The Thornton School of Music is one of the best-regarded academies of its kind in the United States of America.

California Polytechnic State University is also known as Cal Poly and is one of the top public universities in America for alumni earnings. Cal Poly holds the second-most land of any academic institution in California.

The University of California at Davis is located in Northern California, is one of the leading public colleges in the USA. Having a sound recognition in agriculture, ecology, environmental sciences, and veterinary medicine, UC Davis has a strong international focus. UC Davis has also become successful in producing 2 NASA astronauts and several athletes.

University of California at Santa Barbara is a research-oriented intensive academic institution with a globally recognized leader in the United States of America. UC Santa Barbara holds a strong reputation as one of the first and most excellent colleges in California in the humanities and fine arts. Furthermore, UC Santa Barbara students have also joined many professional engineering organizations such as the Institute of Electrical and Electronic Engineers, the American Society of Mechanical Engineers, the Association of Computing Machinery, etc.