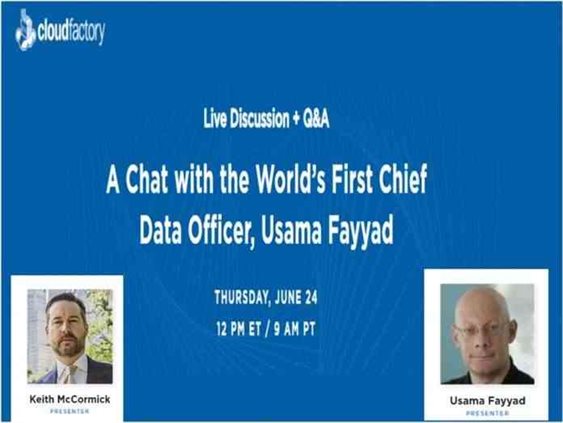 Usama M. Fayyad is an influential American data scientist. He has worked on many associations related to knowledge discovery and data mining. He has deep knowledge of Silicon Valley and the state of AI around the world. This knowledge made him an active angel investor in the U.S. and the Middle East.

Fayyad Career is an inspiration to many youths. He has had a storied career. Usama’s early role was a leadership role at NASA’s Jet Propulsion Laboratory (JPL). He also worked at Microsoft and was the CEO of Audience Science. Fayyad served Yahoo as Chief Data Officer & Executive VP. He became the industry’s first Chief Data Officer.

In this session, we will be talking with him about the state of AI, including autonomous vehicles, NLP, and Humans in the Loop. He will share his motivations and inspirations. And his current role as Inaugural Executive Director of NorthEastern’s Institute for Experiential AI.