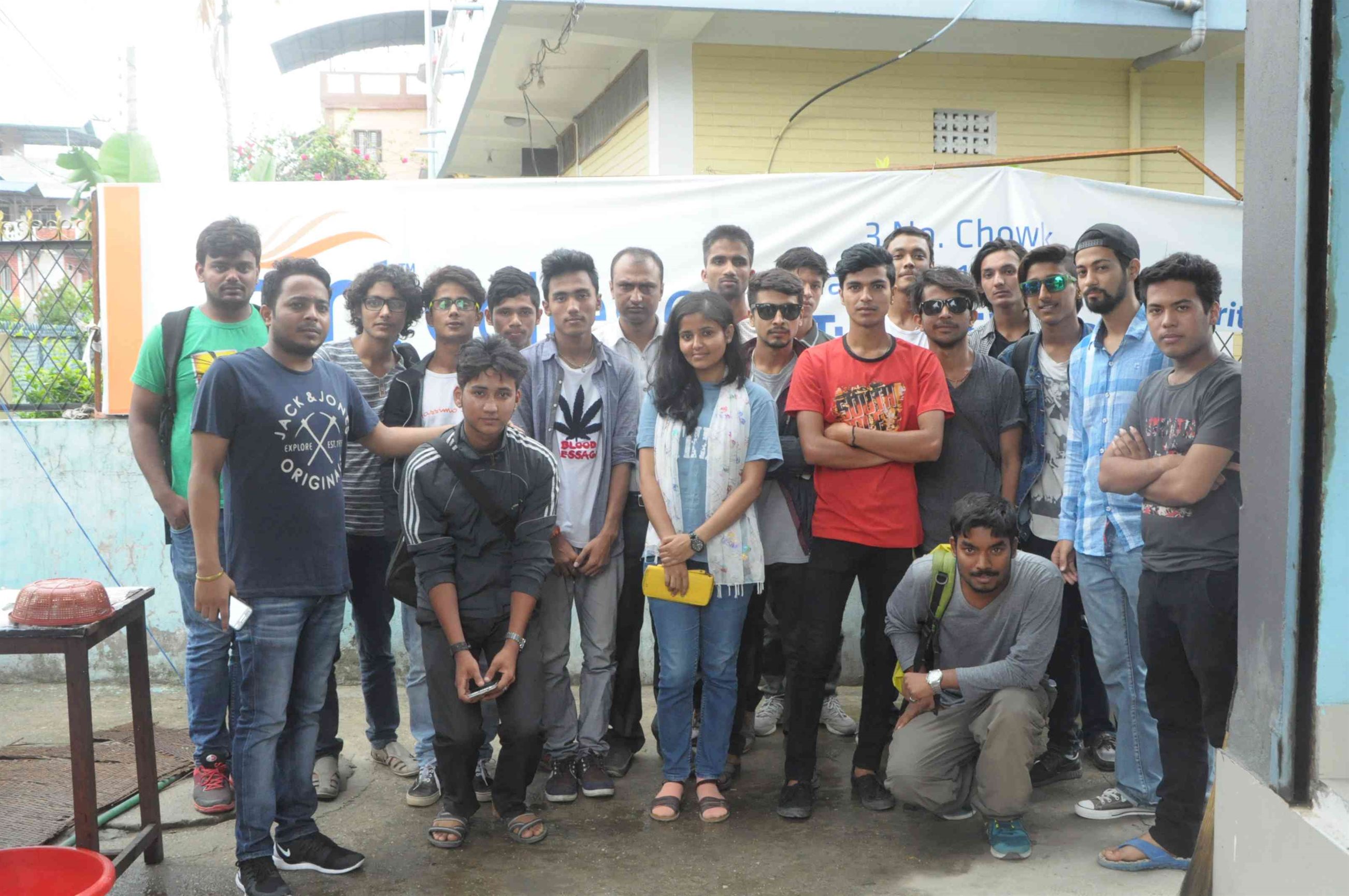 Cyber Security is the most discussed issue in the world today. The ever increasing technological risk needs to be known and identified by those who are dealing with IT infrastructures.
Considering this need, a team of four experts came up with the campaign to raise awareness about cyber security all over Nepal. During the process, they contributed their valuable time visiting the IT colleges in Chitwan among which ISMT in the one. Overview of the training session

The basics of cyber security were clearly explained to 65 students in a hall between 8 am -9:30 am.  At the very beginning of the training, students were introduced with the evolution of the computer world, and it’s grown up consequences which are known as Cyber Crimes. Speaker Kumar Puadasaini as started the training session. It was a new topic for students.

Dr. Ramhari Subedi CEO of CSI Nepal then connected from the US via Skype. He presented a power point presentation on burning issues of security all over the world. The status of countries from high to low risk of Cyber Crimes and threats were represented diagrammatically. Dr. Subedi explained the higher crimes in countries like US, China, Germany, Britain, India, etc. due to malicious computer activities, phishing websites, attack origin, etc. He then explained how hackers reach other’s personal information and can misuse them for their purpose. Meanwhile, he gave various examples of risks of widely used social networking sites while being careless.

Speaker of Cyber Security Mr. Chiranjibi Adhikari continued the training session with the real scenario of Technology in Nepal. He focused on the need for development in the technology field to compete at the global level.
He provided students with some concepts to be safe from unwanted threats, danger, and crime while going online. He also raises voice for the uplift of the standard of IT professionals and for those who are starting a career in the IT field. The training session was technically guided by expert Bikram Khadka. The program ended up with a questionnaire and answer segment.

In the very first Cyber Security Training in ISMT, Chitwan, Students were highly motivated for wise use of network and Internet. Experts also provided a guideline for career development in the field of security.