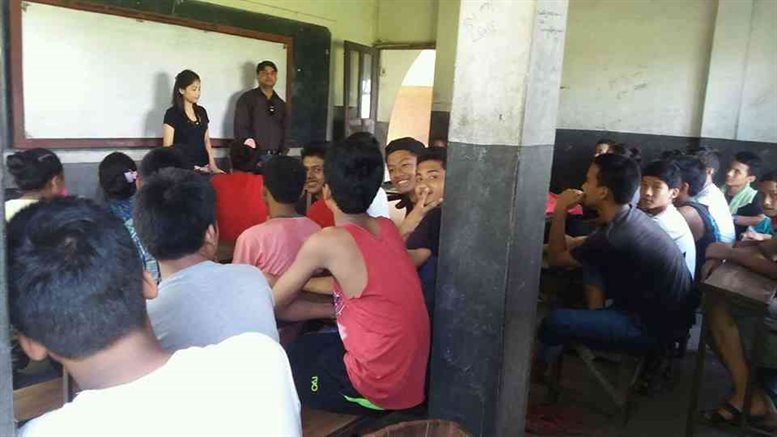 32nd Cyber Security Training has been successfully conducted at Grandi English School, Rampur, Chitwan, Nepal. Awareness programs are being held in many parts of Nepal developed and designed by CEO of Cyber Security International Dr. Ramhari Subedi who resides in Washington DC USA.

Considering the increasing threats revealed due to the development of the network, Mr. Pokhrel had given Cyber Security related awareness generating training to the students – girls and boys residing at Grindi School, Rampur, Chitwan. Another team member of Cyber Security International, Chitwan Branch, Ms. Pooja Gurung has also performed a functional role in the program.
Later, the trainer Mr. Pokhrel delivered a short speech on each of 76 slides prepared by Dr. Subedi.

In the awareness generating program, the trainees have been given a clear idea about the increasing threats in cyberspace with several examples of spam, phishing and scam and so on. They were requested to read some Skype and Facebook messages to make the programme more effective. The trainees today were the students of Grandi English School –
The trainees have given really positive feedback and are interested in attending the second level training asap. The program that started at 2:00 pm. has been completed after getting input at 4:00 pm.