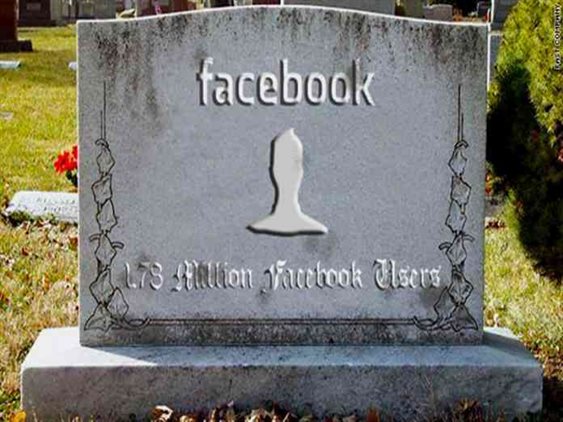 There are billions of Facebook accounts throughout the world, as per one report around 8 thousand of them die each day.

Reportedly, experts said within coming 40 years the numbers of dead Facebook users will be double that of living one. As per one data, it is found that there are around 3crore FB accounts whose users have already been expired.

The loop reports, 30 million Facebook users passed away in the first eight years of its existence. The very exasperating thing that we see in the Facebook is, those dormant account receiving friend request, being tagged in photos and sometimes being wished in birthdays.

To control these kinds of annoying activities, Facebook must turn a digital graveyard.

Though Facebook allows people to turn a lost loved one’s profile into a memorial page, many people are unknown about this feature. Facebook must create something that will automatically delete the inactive accounts. For example, on Twitter, if the report will remain dormant for six months, then it will be deactivated automatically.

The Loop has prepared an infographic charts regarding digital demise, check out the table mentioned below:

Discussions from the Webinar on ‘Cyber Security: Are We Protected Enough’