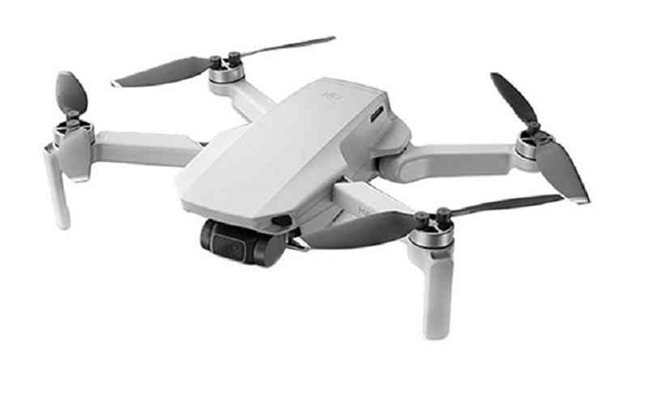 DJI drones are by far the most popular in the world. It has dominated the drone business since its inception.

DJI provides a wide range of drones, from entry-level to professional. This post will discuss the DJI Mavic Mini pricing in Nepal as well as its features.

The DJI Mavic mini is well-known for its portable and collapsible form, as well as its lightweight design weight of fewer than 249 grams. The drone’s appearance is divided into two color schemes: grey and dark gray.

In addition, the Mavic Mini’s camera has a 3-axis stabilizer. It also includes a detachable MicroSD card slot and an exposed micro USB charging connector.

When it comes to the camera on the DJI Mavic Mini, it lacks a 4K camera in favor of a 2.7K camera capable of shooting 2.7K footage at 30 fps and 1080p video at 60 fps. The drone also has autonomous flight modes, but no object tracking capabilities.

The Mavic links through WiFi/Data to the controller, which is hooked into your phone, to relay the live video stream. The drone’s greatest range is stated to be 2.5 miles.

While just a Micro USB charging port is available, there is no USB-C charging port. The DJI Mavic small is compatible with Android handsets running version 9 and above, as well as an iPhone.

Because the DJI Mavic mini lacks obstacle avoidance sensors, it is not crash-proof. It does, however, include a handful of sensors at the base of the drone to facilitate a smooth landing. Along includes a battery meter and a light to keep track of your drone even at night.

The DJI Mavic Mini is operated by a controller that connects to your phone. That indicates it doesn’t have a screen. Whereas the phone is unfolded and the joystick is bolted on.

The DJI Mavic small has a 2,400 mAh battery and a flying duration of 30 minutes in Position mode. Whereas the combat duration would be reduced based on the climate and use. Furthermore, the controller’s 2,600mAh battery charges the phone

There are few authorized resellers for DJI drones in Nepal. The pricing of the DJI Mavic Mini is tagged at Rs62,000.

Buying A New TV? Check Out The Price List.