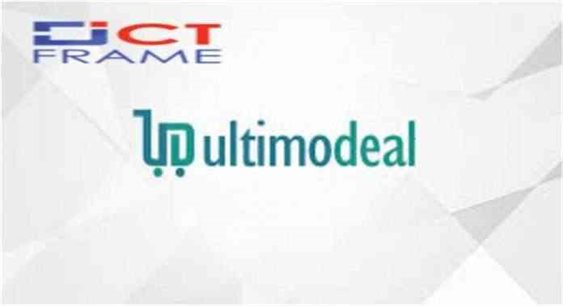 Ultimodeal, operating in a new format with good service and fast delivery facility in the Nepali e-commerce market, has continued the first series of fundraising for its new app.

You can buy all kinds of products online in Nepal at the best price with delivery.

Ultimodeal has 2 board members and advisors, including Shweta Khadka and Manish Ghimire.

Ultimodeal is actively using 12 technologies for its website, according to BuiltWith. These include iPhone/ Mobile Compatible, SPF, and SSL by Default.

The first series has started under actress and social worker Swetha Khadka, whose goal is to raise 2 million US dollars or about 230 million rupees.

This first series will run until December. It is said that the amount will be used for expanding its fund, technology research, and development, as well as proper management of the company across Nepal.

The startup has been started to be easily found and purchased through the company’s online medium.

This has enabled small businesses to sell their products at the same price, which was impossible in traditional offline retail stores.

Not only small but also big companies are contacting them to market their products through their online platform.

Even though the e-commerce industry has good potential in the Nepali market, people are not yet accustomed to such services. That is why the company has chosen Nepal for this startup.

App of Ultimodeal on Testing phase and How will it work?

The app developed by Ultimodeal is currently in the testing phase. The company has stated that the app’s beta version will be made public for both mobile and web by next October.

The app will also have a delivery tracking system, under which the customer will know where the goods they have ordered are coming from by tracking through the app.

The company has been developing the app for the past eight months using an artificial intelligence system.

The company is confident that the service will grow well as many customers have moved online due to Corona.