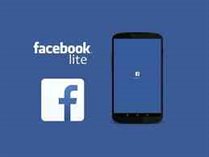 Do you have a problem with slow internet?

Are you not getting to properly even surf the internet and maybe you have to wait for a long time for the page should be opened completely. This might be a problem of developing and underdeveloped countries. However, developed countries face question 1 in a million.

Thus with a motive to make the access of Facebook even with the help of slow internet, Facebook has launched a new App called Facebook lite for the Mobile users. Zuckerberg announced the App on Thursday, which is designed to work fast even on slow mobile Networks commonly found in developing nations.

The App is said to be available in the Google play store; however, it is not sure if the developed nations get it or not. The App will first roll out to Asia and eventually to Africa, Latin America, and Europe. Zuckerberg had a post about this on his Timeline. “We built Facebook Lite to be faster, more reliable and very data efficient even when internet bandwidth is at a minimum,” Zuckerberg wrote in a Facebook post.

The App is said to be less than 1Mb and takes even less than seconds to download. The App should be designed for a 2G connection. It uses fewer data and works on all Android phone. The UI is simple and okay. You can message your friends, look at notifications, see updates of your friends and share your pictures as well. The App is expected to be liked by many users as the previous App for Facebook needs a good connection of internet and takes up more space in the Smartphones.

The App will help many people to connect with their friends and family easily. As it needs less data, it will work smoothly even on slow internet.