Many people recognize Prof. Dr. Subarna Shakya as the first Nepali to get a Ph.D. degree in Computer Engineering. It has been almost 19 years that Shakya was addressed to this post. Shakya, who has spent 19 years in education, see a need of IT University.

In 2000, he received the Ph.D. degree in Computer Engineering with specialty “Elements and Devices of Computing technology and Control systems” from the Lviv Polytechnic National University, Ukraine. These days, he is not limited to these posts only. From last March 2012, Professor tag is added in front of his name, Shakya has become the country’s first Professor of computer engineering and doctoral degree in Computer engineering.

Not only is this, since a long time, but Shakya’s name is also associated with Institute of Engineering, Tribhuvan University. Since 18 years, he has been giving Computer engineering and ICT education to students; he is also asst-dean of that Institute. In Nepal, he served as Executive Director of National Information Technology Center (NITC), and Shakya has introduced Data Center in Nepal. Except IT, He has experience in the field of government service and business lessons to fit the personality of proud Shakya.

Shakya who was born in Patan on 25th September has already been honored and titled at the age of forty, listening to this you might be jealous. He was born as the son of Siddhi Raj Shakya and Gyani Maiju Shakya. His childhood was simple and healthy. Shakya who was born in Newari family never had to face sorrows still he never holds back for happiness. After getting the support of Anu in life, he became more excited to become a doctor and Professor. His daughter Achheta Shakya, seeing his success, learned many things from life is heading towards her success. After all, experience has confirmed that hard work pays, said Prof. Dr. Shakya.

“Shakya is sustaining engineering education, has given his 18 years in teaching, research and administration as asst dean. In Nepal, He is Executive Director of the National Information Technology Center (NITC), and Shakya has introduced Datacenter in Nepal.”

Shakya, who did his schooling from Namuna Machindra boarding School, never hold the 1st position in the school. “I have never been 1st, but I always use to come either 2nd or 3rd,” Shakya said remembering his school days. After finishing school, he studied Diploma in Electronics. Thinking the computer is the next probable area in the future. He entered in the engineering field.

In 1990, after Diploma, He did integrate a Master’s degree in Computer Engineering with specialty “Computers, Complexes, System and Networks” from the Lviv Polytechnic National University, Ukraine. When Shakya studied Diploma, Computer System was not introduced in Nepal. Prof. Dr. Subarna Shakya got information that Muni Bahadur Shakya made a computer in Nepal at that time. But, the Government hadn’t made any effort to bring the computer system. Though He couldn’t use a computer and having the dream of being Electronics Engineer, he became Master in computer seeing the future in Computer.

In 1996, after completing a Master’s degree in Computer Engineering, he returned to Nepal and started teaching at Pulchowk Campus. Till today, the teaching profession is not honored in Nepal.  That time, it’s not that the person who has a Master Degree in Computer didn’t get any job offers, but he was focused on teaching and studying. Being that, he continuously contributed for 16 years in the field of education. To bring ICT study, Prof. Dr. Shakya played a significant role. In 2056 B.S, Purbhanchal University was to introduce BIT and BCA and to make this course useful, he was the one who made it successful. For adding the IT course and books, Shakya worked very hard continuously. Studying that course, today thousands of technology is in heights of working. Besides this he had contributed to introduced MCA and Information System Engineering at Purbanchal University, bachelors and masters in Computer Science and Information technology, master degree in Information and communication engineering and computer systems and knowledge Engineering at Tribhuvan University.

“At the time of establishment, National Information Technology Center, he worked there as Executive Director. That four years in the government sector has been both happiest and saddest thing for him. When he was in NICT, to implement E-governance Shakya had played a significant role. He has contributed to establishing a data center in Nepal. But, politics didn’t rate his contribution and didn’t let him work as well; this made him feel very bad.”

Talking about the educational sector only is injustice with Shakya. He has work experience in government agencies for four years as an Academic secretary. For expanding Nepal’s IT development and expansion of government agencies Shakya got an entry in the government sector. At the time of establishment, National Information Technology Center, he worked there as Executive Director. That four years in the government sector has been both happiest and saddest thing for him. When he was in NITC, to implement e-government. Shakya had played a significant role. He has contributed to establishing a data center in Nepal. But, politics didn’t rate his contribution and didn’t let him work as well; this made him feel very bad. While only six months was remaining in the term, because of political source and force, he had to resign from the Executive Director Post then government appointed another person for that post.

About two hours long conversation with Prof. Dr. Shakya, he remembered his past days of developing data center tragically. Without saying day and night, he has shed his sweat for establishing data center. ‘When the Korea International Cooperation Agency’s (KOICA) president visited NITC, one proposal was presented related to the establishment of the ICT Center in Nepal, the  influence of presentation as well as well establishment of Data Center namely Government Integrated Data Center(GIDC), he was very much positive to Establishment of ICT  center in Institute of Engineering in Pulchowk ’ Shakya said.

Revising E-government master plan, collaborating with Korean Information Technology Promotion Agency (KIPA) and getting the support of total 3.5 million dollars from KOICA, data center project was done in Nepal, said Shakya. Remembering working hard, he said, “Data centers have been established with many difficulties. Here is no appreciation for good work; everyone knows how to criticize and how to drag your feet. “

When Shakya was in NITC, he had an idea of developing e-government master plan, but he felt terrible that he couldn’t complete that work. Today, his thoughts of working in e-governance sector. Staying in Nepal only, working for information technology and the overall country, Shakya is undoubtedly a mirror for society.

Because of Nepal’s political parties and unnecessary political lobbies, ICT development couldn’t be done in Nepal, said Shakya. By using ICT, Korea has become the world’s best country but was embroiled in our advantage of. Maybe because of this, Shakya is not interested in politics. He says, ‘I don’t need to be a leader. I am a person who is willing to work, why should I get engaged in evil deeds. “

In Forty years of age, the contribution of Prof. Dr. Shakya throughout is very high. In Nepal, people of the information technology sector can learn a lot from Shakya. During this period, he received a dozen honors and awards. On 23 rd February 2001, He received Mahendra Vidyabhusan and in 2006 AD. He won the Education Award.

Similarly, in April 2006 he received Nepal Academy of Science and Technology (NAST) Young Scientist Award. CAN Makawanapur presented ICT National Award in 2010, and he was awarded for the best figure in the ICT Association to establish the National Data Centre Award in 2011. Prof. Dr. Shakya never expects for an award. “I will keep on working, and I don’t care about honors and awards,” said Shakya. He got the Best Innovation award by Nepal Engineers’ Association (NEA).

More than the award, his ICT’s contribution to the development of the country itself is an excellent award for Nepal, and He has worked very hard even in rural areas to have access to the ICT.  He has also written computer books for students of Class 1 to 4. So, Students in rural areas won’t have to stay far from learning computer he began writing the book.

Shakya, who has spent 16 years in education, see a need of IT University. For this, he said that plans should be built about it. To produce skilled IT students, they should rely on delivering teachers. He has prepared high IT educational program curriculum, but he is worried what if he couldn’t produce skilled students.

Practical education should emphasize rather than theory, said Shakya. In Shakya’s life, studying higher education in Ukraine was full of sorrows than the grief he suffered in childhood. In Nepal, the establishment of the data center’s success is the happiest time of Shakya’s life and this moment occurs repeatedly. Today also he carries many potential and plans for the country’s ICT development. If the state only tries to recognize such a person, then the possibility’s door will open itself.

Best figure to establish a Data Center in Nepal – 2011 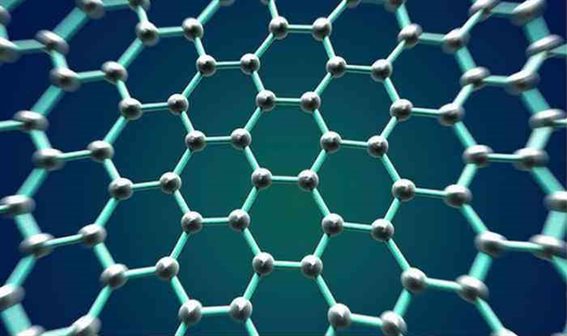