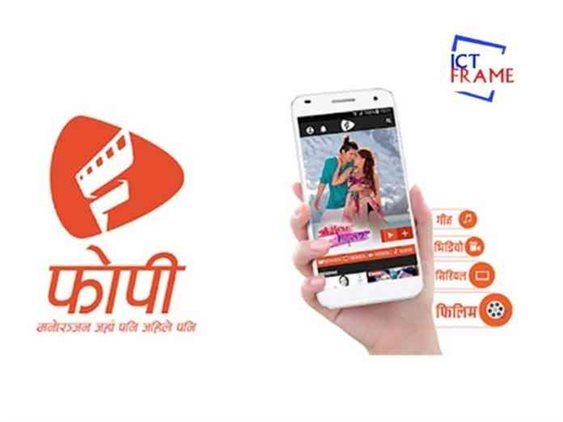 The Fopi app, developed by Aaviskar Technology is aimed at ending digital piracy. It is believed that this app will prove to be a cornerstone to protect the Nepali art market from digital piracy.

This app can control a big problem by benefiting everyone who makes movies, songs, series, podcasts, and other content. With this app, consumers will be able to easily view the content of their choice on their mobile phones.

The Fopi team has stated that the downloaded content in this app cannot be moved or copied to any other place under any circumstances. The Fopi app can now be easily downloaded only from the Google Play Store or Apple Store.

Prashant Raj Karki, Chief Executive Officer of Aaviskar Technology, said that the app will act as a bridge to the demand of Nepali entertainment consumers and its hard work in the field of art will benefit those who make movies, songs, series, and other content.

“Through this app, any creator, individual, or media company can connect and bring their creations to the audience,” Karki said. “It is an independent and transparent medium. The creator or company can find out how many times their content has been purchased and how much money has been received.

According to Karki, ‘Fopi’ can be used in three ways.

App creation company Aaviskar Technology believes that piracy will be completely prohibited through this app. In it, new and old Nepali movies, songs, series, excellent books of Nepali literature, or podcasts of creations, and other entertaining materials can be watched and listened to in one place. Buying those materials has also been technically simplified.

– Piracy will be completely prohibited.

– New and old Nepali movies, songs, series, excellent books of Nepali literature or creation podcasts, and other entertainment content can be seen and heard in one place.

– Buying those materials has also been technically simplified. The price is also fixed at a minimum.

– The creator will also get financial benefits according to their contribution.

– All media content can be downloaded at high speed.

The means to pay for the content of the ‘Fopi App’ have also been simplified. Users will be able to pay directly from their mobile balance and e-services. Also, ‘Fopi Balance’ can be kept at the Fopi shop. He said that there is a facility for Nepalis living abroad to use international digital payment medium.