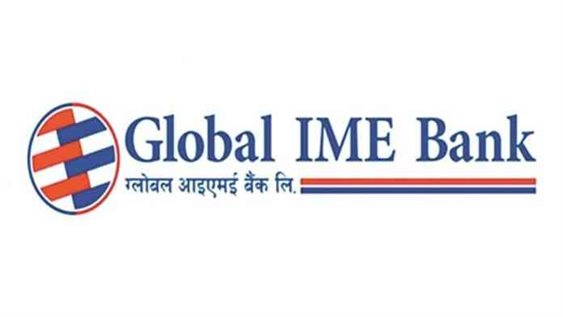 Global IME Bank Limited has been in its 14th year of establishment since Saturday. The bank claims that it has become Nepal’s largest and strongest bank in terms of capital, market, branch/network over a short period of time.

Present paid-up capital of the bank would be around Rs 19 billion (more than Rs 21 billion after the planned 14 percent bonus) and a reserve fund of Rs 27,24 billion, total deposits of Rs 249 billion, and total loans of more than Rs 211 billion.

Similarly, with the aim of extending access to banking services to all industries and groups, the Bank has 264 branches, 240 ATMs, 243 branchless banking services, 24 extension counters, 1 CDS clearing counter, 23 revenue collection counters, and 3 international branches in all 7 states and 73 districts. The bank says it offers services from about 797 service centers, including the representative office.

Similarly, the Bank made a major contribution to the country’s economy by receiving remittances from the United States, the United Kingdom, Australia, Malaysia, South Korea, Japan, Saudi Arabia, Qatar, the UAE, Bahrain, Kuwait, India, and Jordan.

Giving best wishes on the occasion of the 14th anniversary of the bank, Chairman of the Bank Chandra Prasad Dhakal said that it has become easier to provide modern, quality, and reliable banking services to the customers after the merger.

He said that the Global IME Bank has a longstanding experience of mergers and acquisitions and expressed hope that the bank will be more enthusiastic in the days ahead on the basis of its achievements in post-merger management.

Dhakal said that after the merger-acquisition with various banks and financial institutions, the bank’s capital has increased and its competitiveness has increased, the bank’s financial, human resource and other capacity has also increased.

He said that even during the Covid-19 pandemic, banks continued to provide services to their customers and clients, adding that it has increased the confidence of the general public towards banks and financial institutions.

He said that everybody will recall our service, even in the most complicated and devastating situation of the global Covid-19 outbreak. It has proven that banking is not only a business but also a disaster partner and a driver of the crisis.

Ratna Raj Bajracharya, Chief Executive Officer of the Bank, stated that the Global IME Bank has now become one of the largest, biggest, and strongest banks in the country after a variety of mergers and acquisitions.

He stated that the bank is working to take it to new heights and realize its original slogan of “Bank for All” by extending its services to all 77 districts.

He also expressed his sincere gratitude to the Government of Nepal, Nepal Rastra Bank, the Nepal Securities Board, and the various regulatory bodies, customers, and service recipients for their continued support, cooperation, and confidence towards the Bank.