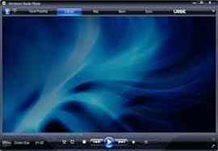 Microsoft has confirmed that its well-known “Windows Media Player” application won’t be available on Windows 10.

Microsoft has decided to purposely disable both the Windows Media Player and Windows Media Center on its old operating systems and stop supplying any metadata through these programs. So, if your PC is running on Windows 8.1, Windows 8 or Windows 7 and you upgrade to Windows 10, your system will be devoid of the Media Center, and you won’t be able to get it back. If you try to install the most recent Windows 10 build on a system with Media Center, you will get this warning before the setup proceeds further.

The Media Player will be completely disabled for Windows 7. If you are an avid user of the Media Player and want to keep it, then you can get the player back on the Windows Apps & Features. As Microsoft is looking to replace older bits and application of Windows with more efficient software, it is likely that Windows will push its new Movies application that is built-in with Windows 10 Operating System. The ‘Movies’ application has been improved through several updates and has more functionalities than the Media Player.

However, if users don’t want to use the media player or the built-in ‘movie’ app, they can still download third-party media players like VLC media player and KM player. Both the above-mentioned players support more video formats than their built-in Microsoft counterparts.

So, are you going to keep on using the ’Media Player’ or switch to another application? Let us know in the comments.