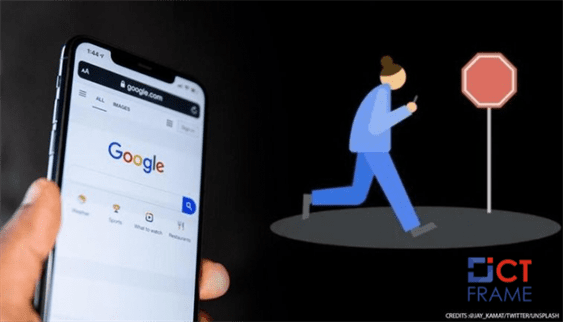 At times people are so engrossed in their phones while walking outside, it’s better if their phones themselves told them that they should not be doing so.

This might be made possible through Google’s new feature. Google has brought forth a new feature that will warn you if you even try to look at your phone while walking. This feature is called “Heads Up” and this comes as a part of Google’s Digital Wellbeing app.

If you enable this, then some alerts will be sent to you. The alerts include Be careful, Look ahead, Stay focused, Lookup, Stay alert, Watch Out and Watch your step.

Google has started rolling out the beta version of the app, for now, the version being Digital Wellbeing v1.0.3.64375698, an ND currently can only be seen on the Pixel 4a and Pixel 5 devices, as per a report by The Verge.

The feature will eventually come to the other Android devices in the ecosystem. The report adds that the people who are enrolled and can’t see the option yet need to go to Digital Wellbeing in their Android smartphones which can be found under Apps in Settings.