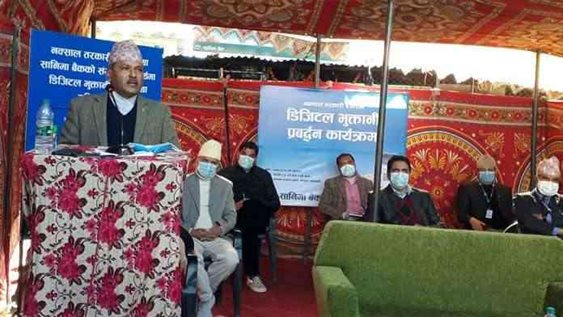 Maha Prasad Adhikari, the governor of Nepal’s Rastra Bank, began buying one kilogram of ginger. Rs 80 was paid per kilo of ginger by governor Adhikari via QR code.

QR Payment has begun with the active involvement of Sanima Bank in the Naxal vegetable market. Vianet also has also provided free internet access in the market area.

Governor Adhikari said that digital transactions will now be increased by digital payments across the world. The obligation to carry cash to buy vegetables has been removed.

He says this arrangement will be done soon in the fruit and vegetable market in Kalimati. He said that even if it started in the first phase, it would soon reach across the country soon.

Bhuvan Dahal, President of the Bankers’ Association, said he would help make a success of the NRB campaign. He proposes a digital strategy because it is secure and efficient.