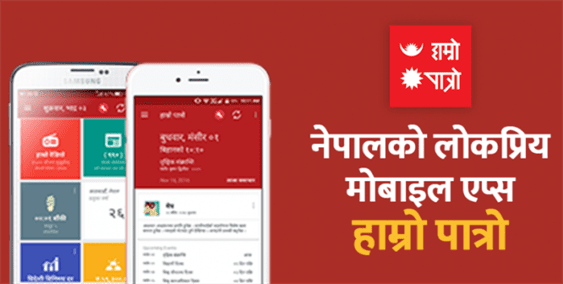 The popular Nepali calendar maker company has launched a new service for its customers. HamroPatroteam has launched the ‘Hamro Market’ service from Thursday as a way for companies to buy and sell goods.

HamroPatro states that home, land, mobile, car and other goods can be bought and sold at home through this app. According to Shankar Upreti, the founder of HamroPatro, the service will be available only inside the Kathmandu Valley at present.

HamroPatro, an initiative taken by Shankar Upreti way back in 2010 has grown in the number of users over the years. The app has included the HamroPatro Community that has shown immense possibilities to become a useful platform for e-commerce in Nepal.

Hamro Market is an only invite community where the members can sell and buy items with other users. The current platform includes sales related to Real Estate, Cars, Bikes and Mobile phones and gadgets.