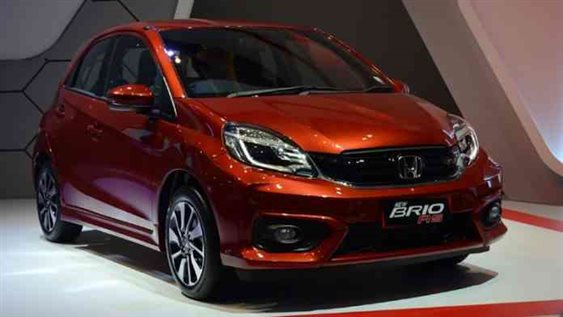 The all-new Honda Brio looks nothing like the car it replaces. The glass hatch door is out, and the design is a lot soberer, it seems like a sibling of the Amaze and gets features such as 14-inch alloy wheels and a light guide in the headlamps. There is a Sportier RS version that gets bigger alloy wheels and a sweet looking spoiler.

The cabin of the new Brio doesn’t appear drastically different than the current hatch available in the market; it has got the same functional looking as well. Honda claims that the new Brio offers more space in the cabin as well as a bigger boot.

Surprisingly, the new brio features list; it is quite bare- bones at least for the Indonesian market, it gets goodies such as a 2 DIN music system, digital AC, steering mounted audio controls and a primary looking analog instrument cluster.

The new Brio continues by 1.2 liters VTEC petrol engine that makes 90 horsepower and 110 Newton meters of torque; transmission options include five speeds manual and seven steps CVT automatic. There is no diesel option part at least in for Indonesia.

While there is no confirmation from the Honda officials in Nepal regarding the new Brio, the manufacturer could choose to launch it in mid-2019.