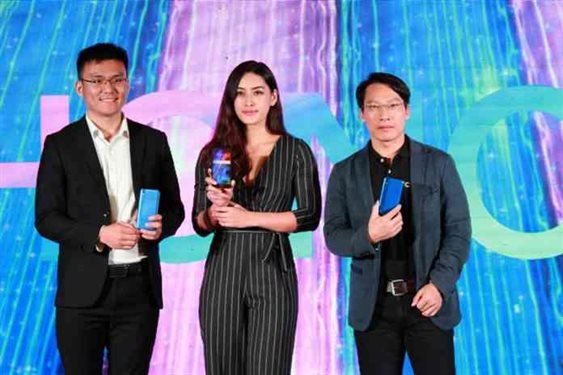 16th July 2019 Kathmandu
After launching Honor 8A just a month back in the budget segment, Kratos Technologies (P) LTD (National Distributor for Honor) has launched one more competitive device on the entry-level segment “HONOR 8S”. Honor 8S is an affordable offering from Honor, which comes with competitive
specifications.
Talking about the specification 8S has got a 5.71” IPS LCD Dew Drop display with a 19:9 aspect ratio. The Dewdrop notch at the top hides a 5 MP f/2.2 selfie shooter at the front and as for the rear camera, the device has a 13MP sensor with F/1.8 lens which also supports PDAF. Even with a single camera at the back the devices give amazing bokeh effect due to the wider aperture size. For the security, the device has a face unlock feature with a raise to wake function which also works perfectly in low light condition.
Honor 8S is powered by MediaTek MT6761 Helio A22 combined with a 2GB Ram, which makes it smooth in the day to day tasks. It has 32GB internal storage. The device runs on Android v9.0 Pie out of the box with EMUI 9 on top as skin and has 3020 mAh battery.
Honor 8S Specifications:
The display is 5.71-inch LCD IPS display
Resolution is HD+ (720 x 1520 pixels), 19:9 aspect ratio @ 295PPI
Chipset is MediaTek Helio A22
CPU is Quad-core 2.0 GHz Cortex-A53
GPU is PowerVR GE8320
OS & UI is Android Pie (v9.0) with EMUI 9 on the top
RAM is 2 GB
Storage is 32 GB, up to 512 GB expandable storage (Dedicated SD card slot)
Rear Camera is 13MP, f/1.8, LED flash
Front Camera is 5MP, f/2.2
Sensors are Accelerometer, proximity
Battery is 3,020mAh
The Honor 8S is available in Nepal for Rs. 12,500 through retailers located across the nation. The phone is available in two basic colors: Blue and Black. Honor 8S will be the best value for money device in its price segment and the company believes that the devices will be preferred by Nepalese consumers. In the same event Honor Nepal also revised the prices for some of its successful model as below:

Here is Why the Realme Watch S is the Best Partner for your Smartphone?