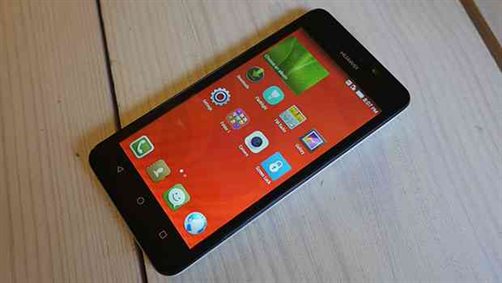 Both budget smartphone has got good quality and working capability like of the premium smartphone, as said by the Huawei smartphone dealer and distributor and the proprietor of Telly Tukka Roshan Bista.

The new smartphone brought by Huawei ‘Y5C’ has a 4.5-inch screen display. In this phone, the fastest 1.2 GigaHertz Quad Core processor has been installed. It has 1 GB RAM and 8GB ROM

‘Y5C’ has an 8-megapixel camera with two LED flashlight and a 2-megapixel front camera is kept. The phone which has got dual sim capability has 1730MH battery.

‘Y3C’ smartphone has got a 4-inch screen display. In this smartphone, the super-fast 1.2 GigaHertz Quad Core processor has been installed. It has got features like 512MB RAM, 4GB internal memory storage, rear camera of 5 megapixels and 2 LED flashlight and two-megapixel front camera. This dual sim smartphone has 1730MH battery.

Huawei has developed this smartphone according to the need and demand of the youths, said by the proprietor of Telly Tukka Mr. Bista. He added, nowadays places like Newroad and others have an increasing order of Huawei smartphones. After the destructive earthquake on 12th Baisakh, the customers who are interested in buying Huawei has increased, according to him.

Madan Krishna Shrestha as the Brand Ambassador of TheeGO Vehicles