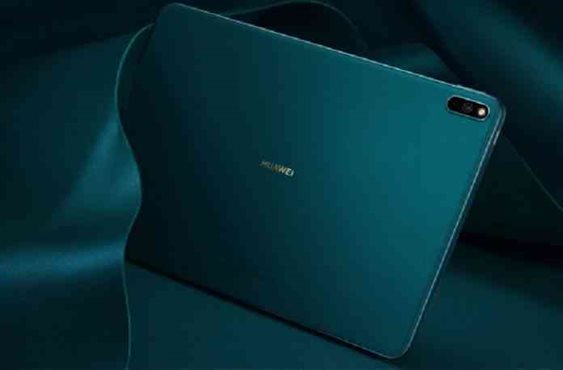 The tablet was initially launched in China in June 2021, alongside other premium options. In this blog, we will be looking into the key specs, features, official price, and availability of the Huawei MatePad Pro 10.8 (2021) in Nepal.

As a premium tablet, the Huawei MatePad Pro’s back and frame are composed of aluminum metal. The rear features a glass fiber texture with a Huawei and Harman Kardon branding in the middle, as well as a single camera and a flash in the upper corner (horizontal). Similarly, the table weighs about 460 grams and has a thickness of 7.2mm. The bezels around the screen are consistent at 4.9mm, resulting in a screen-to-body ratio of 90 percent. Furthermore, the screen has TUV Rheinland certification against blue light and can reach a brightness of 540 nits.

In terms of the front-facing display, we have a 10.8-inch IPS LCD with a maximum brightness of 540 Hz. The display features a 2560 x 1600-pixel resolution (WQXGA). DCI-P3 Color Gamut is also supported by the display.

The base 8/128GB variant is yet not available in Nepal. You can even expand the storage further using Huawei’s proprietary Nano Memory (NM) card.

From the software perspective, the MatePad Pro 10.8 operates Harmony OS 2. To increase efficiency, the organization has improved the home screen and added service widgets. The tablet may also be used as a supplementary display for some Huawei laptops.

The gadget has a 13MP rear camera with an aperture of f/1.8. It can shoot in 4K resolution at 30 frames per second. The display cutout holds an 8MP front-facing camera with an f/2.0 aperture lens.

Battery and Others Specs

Similarly, the tablet supports Wi-Fi 6 and Bluetooth 5.1. You benefit from support for the second-generation M-Pencil, which has a latency of over 20 MS. In addition, we now have compatibility for the HUAWEI Smart Magnetic Keyboard. The good news is that you get both a pen and a keyboard with the gadget. As a result, it will not increase the cost of your setup.