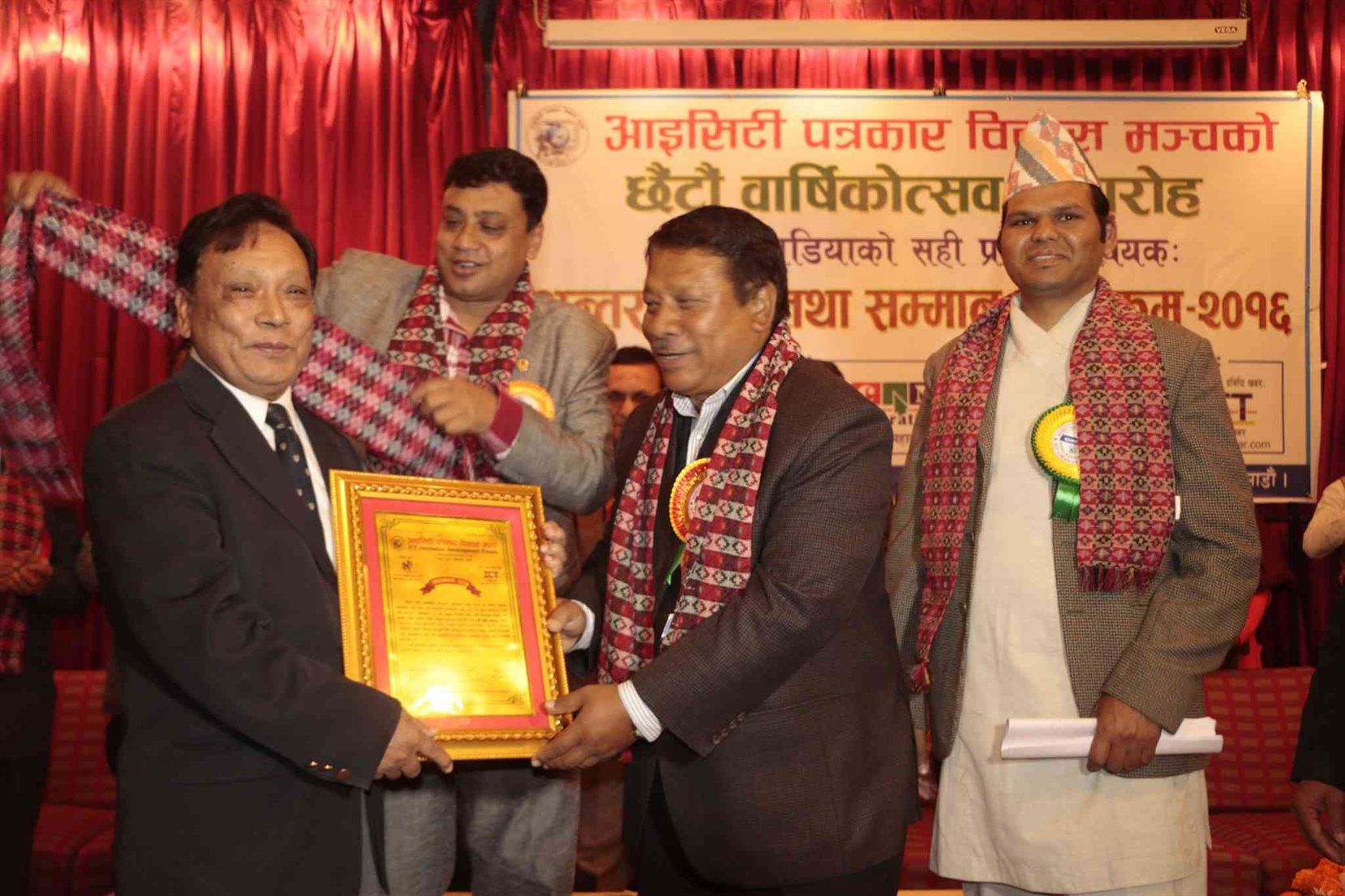 On 17th December 2016, Kathmandu, Nepal (At Hall of Nepal Tourism Board). Muni Shakya as a packet of inspiration for National ICT development. An interaction program on Cyber Security Risks on Social Media caused by the Cyber Crime was successfully conducted as a concern of Ex-Deputy Minister, Prakash Man Singh.  The Sixth AGM of ICT Journalist Development Forum inaugurated successfully at Hall of Nepal Tourism Board with many ICT Journalists, IT industrialist, expertise and much national fame. The objective of this AGM not only limited within this scenario, but many people in business and knowledge were also praised and awarded during that Sixth AGM.  Among them,  ICT Innovation Award, Muni Shakya was awarded the title “ICT Innovation Award 2016″ for the contribution to the ICT sector. The Sixth AGM of ICT Journalist Development Forum Chair by Bharatraj Upreti, President of ICT Journalist Development Forum.

Muni Bahadur Shakya is one of the idols and inspired people for every ICT lovers. If we were able to follow his single steps, then I am assured that we can create lots of jobs in our country and no one has to go searching for a career in foreign countries.  For IT students it is essential to walk on the path of him. Then only, the appearance of the Nation would be changed based on technology. So he is likely to be called as a packet of inspiration and devoted his life for the development of ICT.

As every person success there is someone behind, likewise in his life also family support played a remarkable role. He had got full support of his parents and his wife.  So his contribution is very impressive for national development.

He believed that the country statuses need to be understood and prioritized at first before implementing any terms and policies. Then only sustainable development would be maintained. Furthermore, he told that governments need to provide lots of opportunities for newcomers in  IT Field. And time demands to preserve huge competition among every IT business organization. Then only domination of foreign IT companies would be reduced, and thousands of jobs would be created within the country. He further added that IT background student could not be handled within certain limits as they have Globalized market and per day they have to face and tackle the Global Completion with the latest technologies. So, all the concern authorities need to put special attention on it and should maintain clear vision on implementing the policies rather than just making. So it’s time we all have to work together and think of like Muni Bahadur Shakya for the national development.