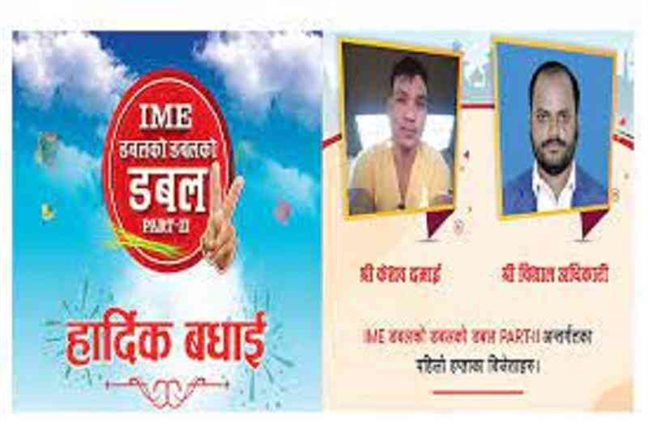 The winners of the first week of the gift scheme launched by IME targeting Dashain-Tihar and Chhath have been announced. The winner was chosen on Facebook live on Thursday at the company’s central office in Panipokhari, Kathmandu.