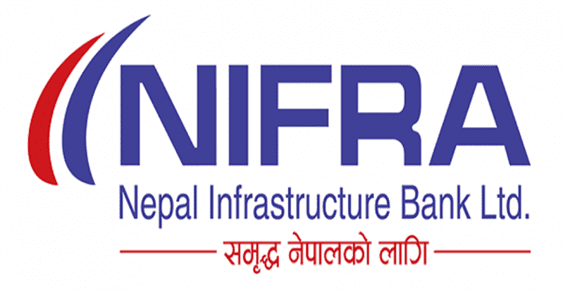 One million 11 thousand people have applied for 122.87 million shares in the primary shares issued by Nepal Infrastructure Bank.

The company has issued 80 million primary shares to the public since last Friday. The bank is scheduled to evict by Tuesday.

The bank has secured 160,000 units out of 80 million units for its employees.

Similarly, 5 percent or 4 million lots have been sold to mutual funds.

The remaining 75.84 million shares will be sold to the public by selling them to employees and mutual funds.

The bank has issued the largest number of primary shares in the history of Nepal.

Earlier, Upper Tamakoshi had issued the most primary shares to the public. At present, the share capital of the bank’s founders is Rs 12 billion.

After the issuance of primary shares, the paid-up capital of the bank will reach Rs. 20 billion.

The Government of Nepal has invested Rs. 2 billion in the bank. At present, the share ownership of commercial banks is 34.82 percent.

After the primary share issue, their share ownership will also shrink to 20.89 percent. At present, their investment is Rs 4.17 billion.

The issuer and sales manager of the bank is NIBL Capital. Investors can apply from all the banks and financial institutions that provide ASWA facility.

How much to apply?

Lately, millions of investors have been opening demat accounts, saying that they will apply for the primary shares of the bank.

According to the number of applications received so far, the bank will receive at least 1.4 million applications. The average number of investors who have applied so far is 121.

One of them has also applied for millions of kittas. Also, the number of applicants for 10-20 kitta is in the millions.

When 1.4 million people apply, the minimum is 54 kitta for one person. But if the number of applicants is only for 10 to 40 kitta, it seems that the maximum can be 70 to 80 kitta.

So in the current situation, it is wise to apply for a maximum of 80 kitta.

How to Open an Online Account for Prabhu Bank | Easy...