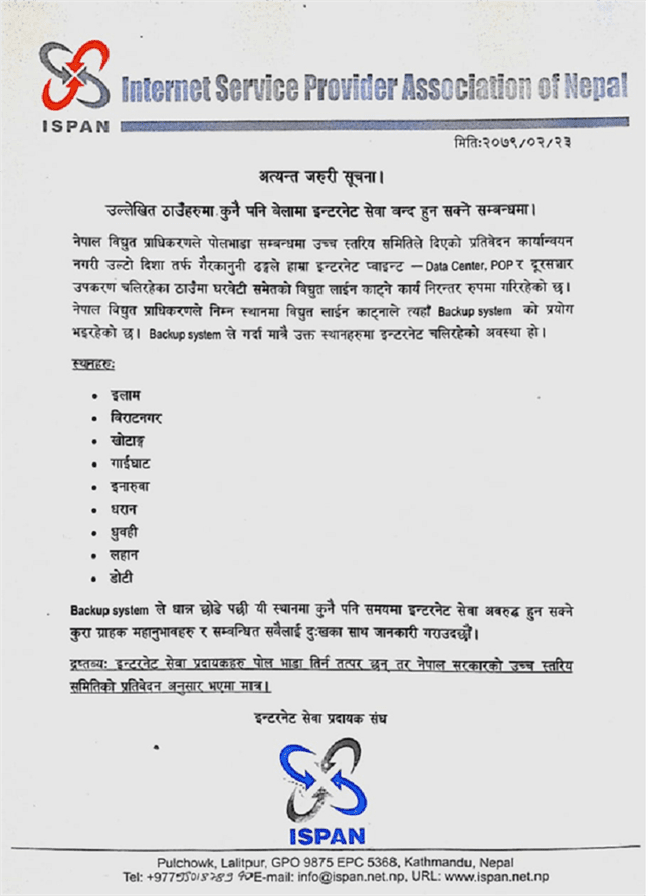 Internet Service Providers Association of Nepal (ISPAN), an umbrella organization of private Internet service providers, has warned that the Internet could be shut down at any time in some parts of the country.

Electricity Authority has gone in the opposite direction without implementing the report of the High-Level Committee on Pole Fare and has illegally cut off the supply of electricity.

According to ISPAN, services will be closed in Ilam, Biratnagar, Khotang, Gaighat, Inaruwa, Dharan, Dhuwahi, Lahan and Doti.

“We would like to inform the esteemed customers and all concerned that the internet service may be interrupted at any time in these places after the backup system ceases to support them,” the notice said.

Also, according to the report of the High-Level Committee of the Government of Nepal, the internet service providers are ready to pay only the rent.

Earlier, ISPAN had drawn the attention of all the stakeholders saying that the internet service could be shut down at any time and place due to the Electricity Authority.