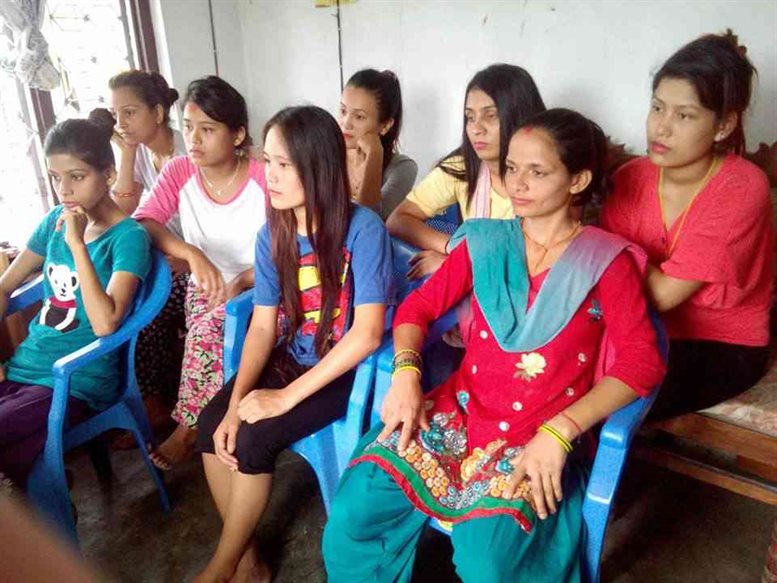 After fetching the concentration of all the participants, he started showing the presentation slides through Internet tools and services.

CEO Dr. Subedi, then, said the possible threats that the computer and Internet users can face. He placed several examples of cybercrimes in different sectors. Listening to the shocking examples of the ‪#cybercrimes‬, the participants were speechless.
Then, CEO Dr. Ramhari Subedi introduced the types of malware and virus infections. The threats that has made most of the computers vulnerable to the computers in Nepal.

Now only, the threats, Dr. Subedi even sail several security measure that should be implemented by all the computer users in stand-alone computer and the computer in the network. He said the possible threats in the use of e-mail and social media.
Dr. Subedi described most of the DOs and DON’Ts in the use of Internet, e-mail, and social media. At the end of the program, he took feedback of the participants. All the participants were interested to appear in next level training. According to the participants, though they were computer literate and could use the smart phones and iPhones, they were ignorant of the possible danger.

Now, all the participants are highly interested to take second level training. Soon, they will get the training as Dr. Subedi has promised them. As Gunjanagar is the origin of CEO of the Cyber Security International (CSI), he has keen interest in giving such training to all his villagers here.

The Participants were Kausila Adhikari, Sadikshya Pandey, Bisti Gurung, Indu Gurung, Muna Gurung, Nisha Ghimire, Swekshya K.C. and Ms. Kopila Adhikari. All of them have exclaimed the requirement of the same training to the computer and internet users irrespective of the any age group and fields. The program was conducted at 4:00 p.m.