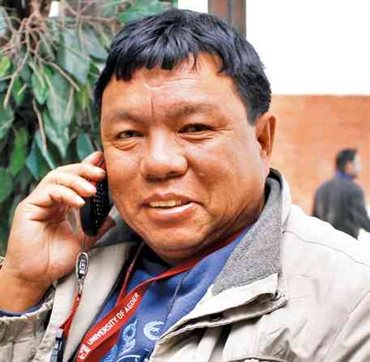 In school time, learning the computer was a farthing, till class 7, he hadn’t even seen the books. Forty-five years ago, the person who was born in Bhirpakha of Myagdi and life of children of the aristocratic family in the Kathmandu Valley had got a total 180-degree difference while comparing. But, the boy who didn’t even had slippers to wear and who hadn’t yet seen the books, is today the hero of ICT Sector and now is getting a salute from thousands of people from the world.

Until class 7, Mr. Pun who was reading in Myagdi’s Nagi Village had to leave Pokhara because of not having the financial support, later on, He started working in his relatives home and also began studying after work.

After studying in class 8 in Chitwan, we saw books and also started wearing slippers. After finishing school, he began teaching in a typical school, and during SLC exam, he was in the class as a guard after that he left the job as he couldn’t tolerate scolding of the inspector. After that, his life took another turn. In 1889, he went to study Master’s in the University of Nebraska in the United States with the help of his brother. Then in 1992, he came back to adore his birthplace Nepal after getting a Master’s degree.

Mr. Pun who couldn’t stay as a job holder took a step forward to teach villagers through computer study and make them literate. Yes, he was that kind of person, who brought light in people’s future

From a scattered lifestyle. From the place of, not even having a single book, flowing the internet medium, he showed the possibility of a new way.  As the rate of his excellent contribution got high, we were awarded Myagasey (considered as Nobel Prize of Asia) in 2007.

To make the reach of computer study and to provide internet facility in the mountainous district of Western Nepal was not an easy thing. However, either by creating a revolution of one dollar in America or walking through the village by the village for support, he did introduce the wireless support.  As a result of all these attempts, he was awarded as well. The university in which he studied, it also awarded him with Ma.Dr. (Honorary Degree, Doctor of Humane Letters) In 2007. His wireless project is now expanded in 20 districts. According to him, till his hands, legs and last breath works, he will work in the ICT Sector.

To support objectives of ICT projects, he established a restaurant, a month ago in Thamel, Kathmandu. Mahabir Center for Nepal Connection is not built for earning profits; instead, it was found to make a connection with the people from the world and further expand the ICT operations.

When Mahabir Pun returned to his village after completing study in the United States, he started connecting all the communities which were hampered by mountains with the net of the internet. That work was not entirely comfortable. The internet companies which had a handsome amount of money wasn’t being able to reach that village, but he, with some financial help of his relatives in the United States, he did it.

To spread the light of computer education, he started the Himanchal Education Foundation. In America, the revolution of one dollar was also launched, but that revolution couldn’t make much change, he added. The village where to send an e-mail only, people had to walk for two days, Mr. Pun started flowing the internet and website facility, by selling the Chyangras, goods through online news, and with this, he tried to change the face of the village.

His this campaign started from Myagdi and expanded to other neighboring districts as well. With the help of local people and his friends from the United States, he became more courageous. Before receiving Myagasey Award neither we were recognized by people of Kathmandu nor the Medias of Nepal. After winning awards, he became so famous that he was made the person who deserves a salute from every people.

“The support of total two lakhs dollar, made his project expand in different 20 districts. He never asked for any supports, instead continued his work shedding sweats. It’s not that dozens of organizations were not searching for him in the village, but he didn’t accept else terms and conditions, other than his campaign. He added, if someone is willing to assist him without any terms and conditions then only he will accept that support.”

During internal conflicts in the country also, he didn’t stop his movement. He went through various circumstances. The biggest obstacle was money, which use to challenge his wireless project. After receiving the award, he was renowned by Kathmandu and Singhadurbar, but no one showed the hand of help.

Till now the most significant financial help he got was from Asia Pacific Telecommunications. With the amount equals to 2 lakh dollars, his project was expanded to other 20 districts. He never asked for help instead kept on shedding sweat for work.  Many organizations came to help him with terms and conditions, but he refused to get assisted. Without any terms and condition, if someone wants to support him, then that person is heartily welcome.

If everyone had worked on the path shown by Mahabir Pun then growing Digital Divided Gap wouldn’t have been lacked. This work cannot be done alone in a whole country, for this every people have to work in rural areas, he said. From east to west, he established dozens of Tele-medicine Centers to save immediate deaths of people.

There are very few people who were supporting him continuously. Fifteen people are consistently volunteering Pun in this work. He added, as the government could not work on behalf of ICT development and expansion, the work has become slower. Rather than just staying still, if the government does the help they can provide, then it would have been a great thing, he thought.

“It’s not that there are no people who criticize and back-stabs him.  In social state, there is a different story of his struggle for being today’s Mahabir Pun. He never listens to others’ criticisms; he keep on doing his best to expand his work.”

According to him, the political situation is not interested in his project. He added that it is impossible to do anything politically. Mahabir Pun with the thought of “Simple living, high thinking” is a straightforward person. People who meet him for the first time, will not believe that, is he the person who is renown in the whole world?

This kind of question may arise in the heart of many people. He says- At the time of eating good food and wearing good clothes, I didn’t get a chance. I have never worn any clothes purchased by myself. There is no use of wearing suits and boots like walking in villages. If I were a person to work in the office then I would have dressed better clothes, but what’s the need for that for living in a village?

Yes, because of this attitude only villagers have made Pun a respectable Mahabir. The work he did, received awards and his lifestyle has been a subject for elite classes’ people. Wearing half pant, trekking slippers, he has made the people of Singhadurbar listen to his story of expanded wireless connection, who wore coat and pant. A person without jealousy and snake without venom is of no use if without keeping this thing in mind, his life would have been limited as a teacher only.

Mr. Pun who has become an inspiration to youth said that he would continue his project till his last breath. An average person Mahabir Pun has changed society through ICT. As, a result, he has got many international to national as well as rural awards. Mahabir pun which can be visited only in the Kathmandu Model Hospital can now be visited in his restaurant in Thamel.

To get the ideas from various national and international people for expansion of ICT he has been there in Thamel. He has got many purposes, one of them is opening an innovation center for youths for work. He said that he would continue this work till his last breath. A common man has changed society with ICT medium. We salute for this contribution and wish him for this other works in the future. 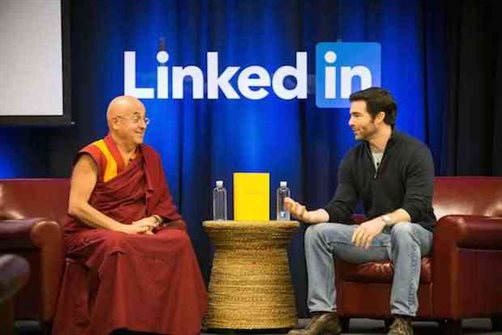 Why Is LinkedIn So Important?