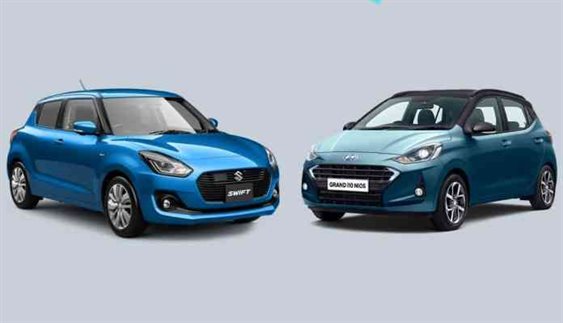 This is the number of Nios and Swift sales with the same price and the same features.

Although the volume of both cars was lower in 2020 than in the previous year due to the long-term lockdown caused by the infection of the Covid 19, the Hyundai Grand i10 Neos is a new model and its sales have been relatively good. It has been imported in good numbers in the first four months of its existence in Nepal.

In 2020, Maruti Suzuki imported 418 Swift units, according to the customs department. The Hyundai Grand i10 Neos, which was launched a few months ago, has imported 397 units. The regular Grand i10 has imported 381 units in 2020.

Both Hyundai Grand i10 Neos and Maruti Suzuki Swift have the same 1.2-liter petrol engine. Both engines deliver 81.8 bhp of power at the same 6000 rpm and the torque is almost the same.

Hyundai Nios is a bit big in size. Compared to the Swift, the Nios is 35mm long, 55mm wide, and 10mm high. The wheel was of both cars are the same 2450 mm long. Both have the same 37-liter capacity fuel tank.

At a glance, the Grand i10 Neos looks bulky. The overall design of the Nios is excellent due to the large grille on the front and many chrome finishes on the back. Its lightweight talc hatch attracts everyone.

Swift is also a car designed with a very attractive sports car theme. In fact, Swift’s road presence seems to be wider due to its low design, even though it is smaller in width than the Nios.

The interior black Maruti Suzuki Swift’s combination of black color theme and instrument cluster has made it look sporty. It has a 7-inch infotainment system. Flat bottom steering, steering mount voice control system can be found in Swift.

The Grand i10 Neos features a semi-digital instrument cluster, a rotary AC vent, and an 8-inch infotainment system. Its Kevin is brighter than the Swift. It has a voice control button on the steering wheel.

8 Best Aprilia Bikes Available in Nepal Along with Price &...