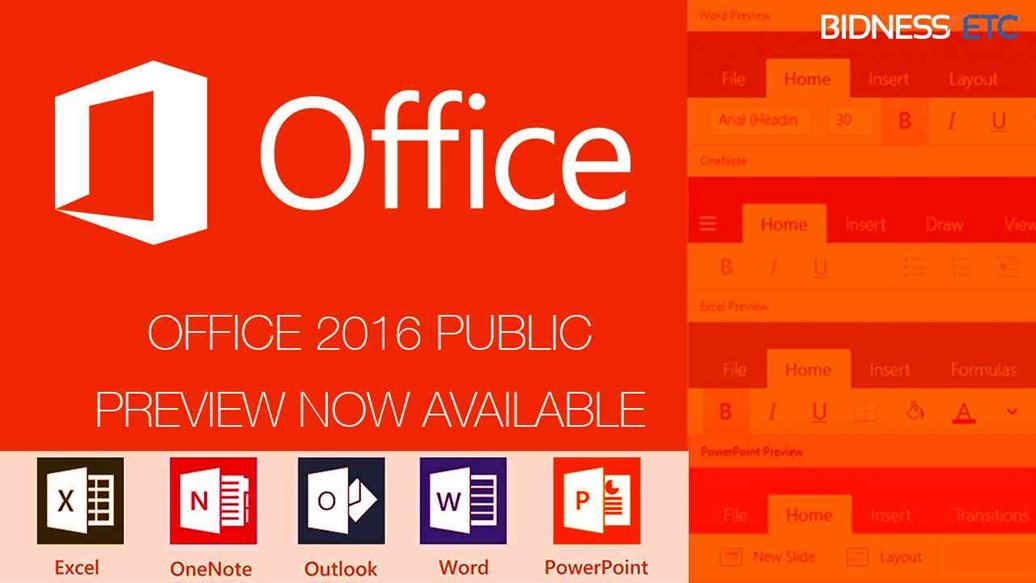 Microsoft has geared up to launch the new office 2016 package suite for Windows in the next month, following the release of Office 2016 for Mac back in July.

The new desktop version includes a new color theme which is identical to the latest version of Mac. IOS and Android apps which are similar to the Windows 10’s version of optimized-touched of office with a colorful look which matches the Word, PowerPoint and Excel application. It also comes with a dark theme for all the user who does not prefer the colorful look Microsoft Office apps.

In this new version, Microsoft is improving its outlook search, attachments, email delivery and storage footprint performance with some improvements to insert image in Excel and Word of 2016.

Microsoft Word will also allow real-time co-authoring of documents within the desktop version of Microsoft Office 2016. This feature will allow multiple users to write and edit the same document at the same time.

Similarly, Skype Business will also be available directly in Office apps. This integration will allow users to chat, message, share screen or talk in the documents for real-time co-authoring sessions.

Microsoft has not yet confirmed the launch date for the final release of the product.