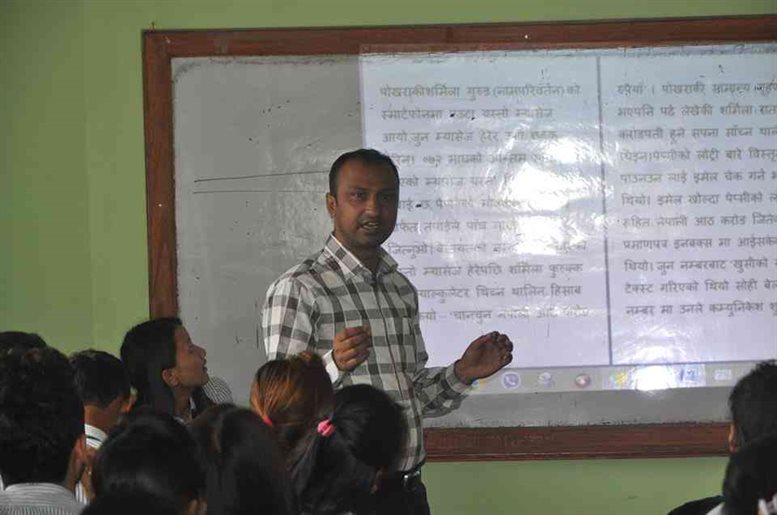 Lawrence College at Chabahil. The campaign which was started by Dr. Ramhari Subedi CEO of CSI Nepal has received overwhelming support and now has successfully concluded its 14th session. Mr. Chiranjibi Adhikari and Mr. Bikram Khadka were the speakers during the meeting.

Mr. Bikram Khadka started off the program with a brief explanation of the overall evolution of IT and web threats in specific. He gave the audience the idea about web security threats and efforts to be placed to enhance the security. He focused on the need for realization by the general public about the importance of safety in the cyberspace and the real threat of cybercrime present.

Mr. Chiranjibi Adhikari carried ahead with the presentation.

He talked about the ongoing trend of cyber crimes through social media in Nepal and some real facts and figures about the security threat prevalent in the world. Some actual incidents of cybercrime were also presented during the session making the need for cyber security more believable and necessary. Talking about the need to give IT professionals more opportunity in the market Mr. Adhikari also stressed the need for this group of stakeholders to make efforts in spreading the word about cybersecurity.

As in other programs, the speakers provided valuable information and tips to be safe in the cyberspace and urged the audiences to follow the security measures while using it and take the cyber threat as a real and serious one.