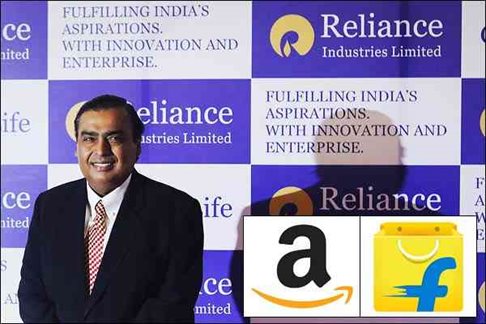 Mukesh Ambani, Indian Billionaire and the richest man in Asia has stepped into a new domain in business. Ambani has entered the growing Indian e-commerce market recently with hopes of challenging Amazon.

After realization of Reliance Jio Telecom, he has started a new e-commerce platform in the name of JioMart, labeled as “the nation’s new store.”

Indian businessman Ambani has chosen to enter the domain currently dominated by Flipkart, currently under, Amazon and Walmart, owned by the world’s wealthiest Jeff Bezos.

Ambani has put his money into the Mart just when the Indian government introduced a law to tighten foreign investment companies, especially in the e-commerce industry. This is expected to boost his business.

Jio Mart says it will ship the grocery items free and fast. When Ambani initially started telecom, he had taken a policy to charge only for the data services. This move from Ambani proved to be a massive success for Jio Telecom as it was able to gain the market quite quickly. Reliance Industries is looking for a competitive battle with Flipkart Online Services Pvt. Over the e-commerce market, which is estimated to reach $200 billion worth seven years from now.

Ambani, who is currently 62 years is quite ambitious with his investment in the retail business and estimates the overall contribution from the Jio telecom and mart to be raised from 32 % to 50 % in just a few years.

According to the JioMart website, its services are currently available in only three vicinities around Mumbai.

Sarovara – A Drinking Water Delivery App Has Hit The Town