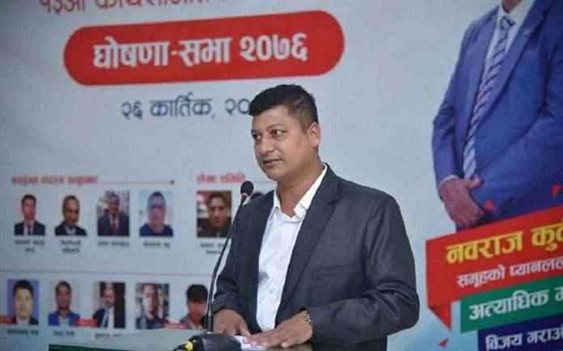 Information Technology entrepreneur Nawaraj Kunwar has announced his candidacy for the post of President of CAN Federation. He is presently the Senior Vice-President of Federation of CAN, and for the first time in the organization’s 26-year history, he is claiming the leadership out of the valley.

Kunwar also said that initiatives would be taken to discuss the problem of import and export of goods and services related to information technology and to resolve the unfair tax policy in the operation of broadband connectivity.

Kunwar said that if elected, the task of building CAN’s buildings and infrastructure and establishing a regional secretariat in central and provincial levels would be given top priority. He also plans to make Nepal’s largest information technology fair, CAN Infotech, more sophisticated and developed, and expand it to all seven provinces.

Kunwar, who has been a member of CAN since 2052 B.S, gathered the Information Technology entrepreneurs of the Lumbini Zone and formed the CAN Lumbini Institute under his chairmanship and claimed membership as the first branch of CAN. Kunwar said that his candidacy was natural as he has been the most experienced and senior vice president of the committee for the past decade and a half.

CAN, which has expanded to seven provinces, has so far participated in 57 districts and has around 5,000 members. 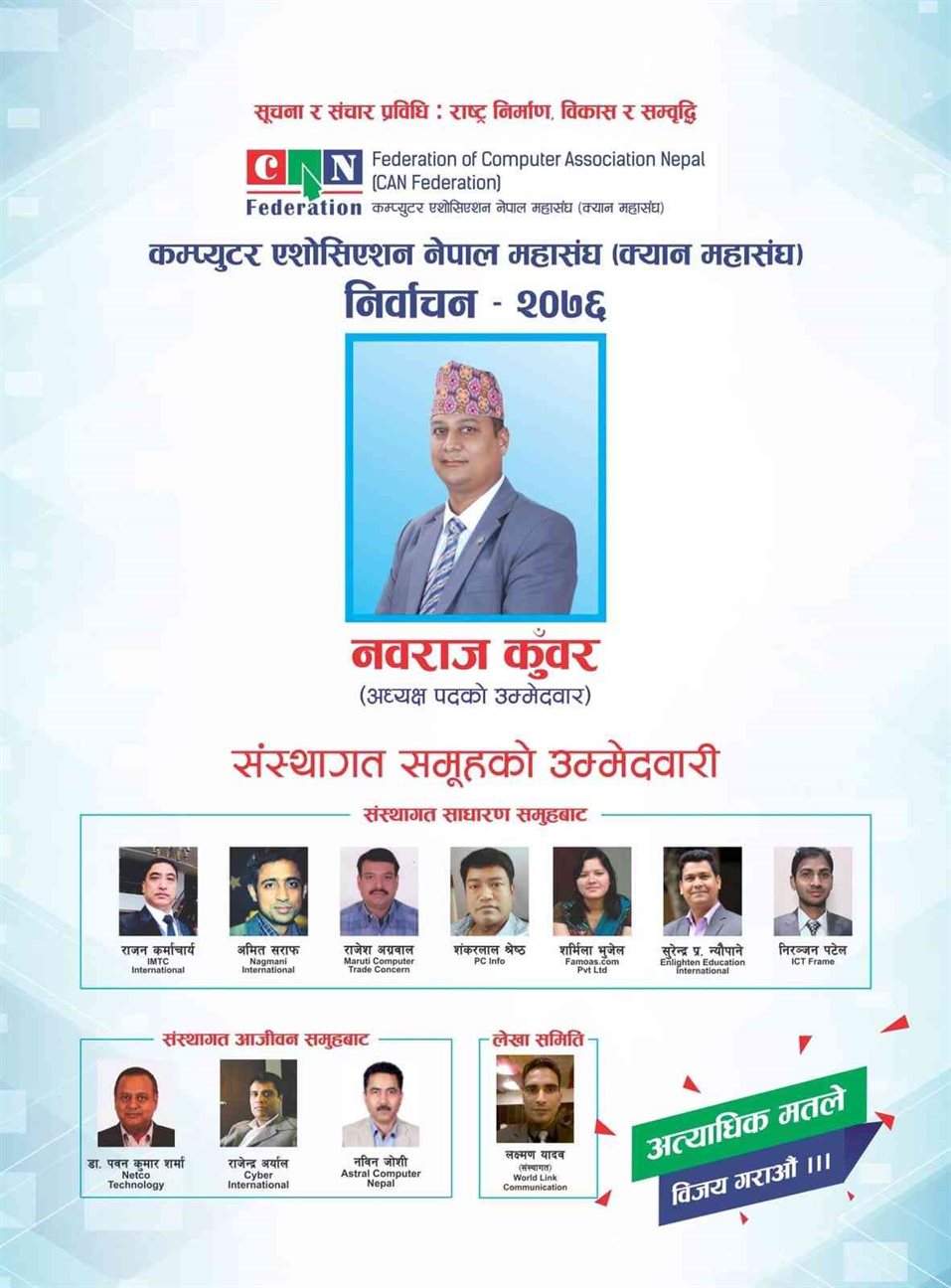 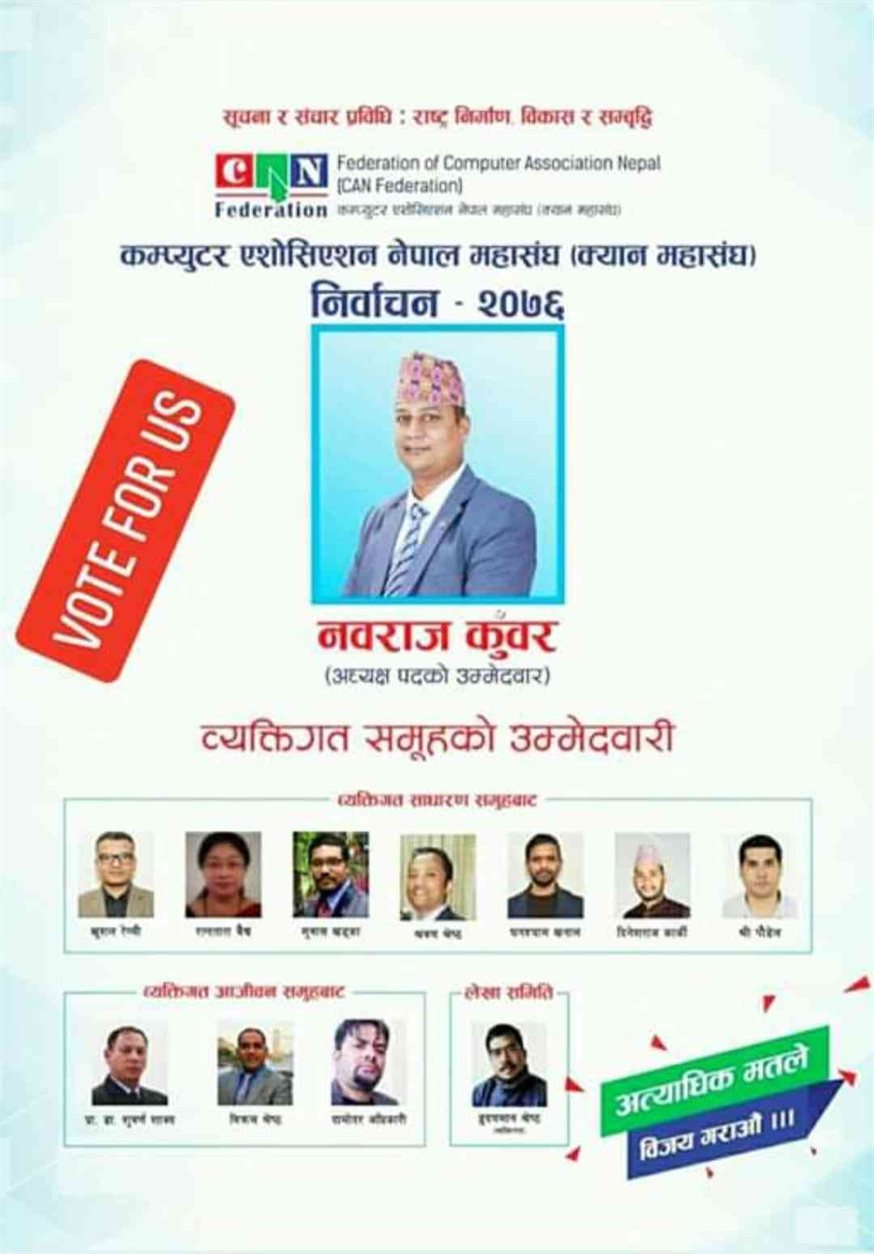 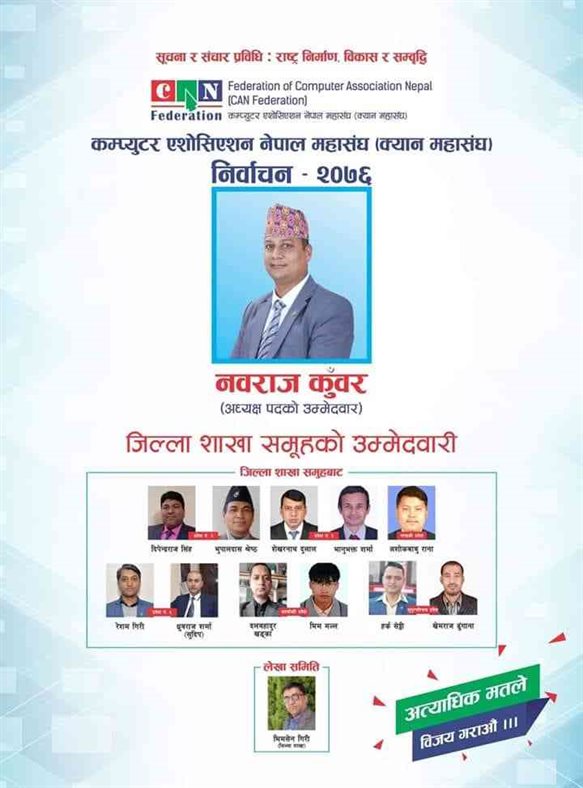