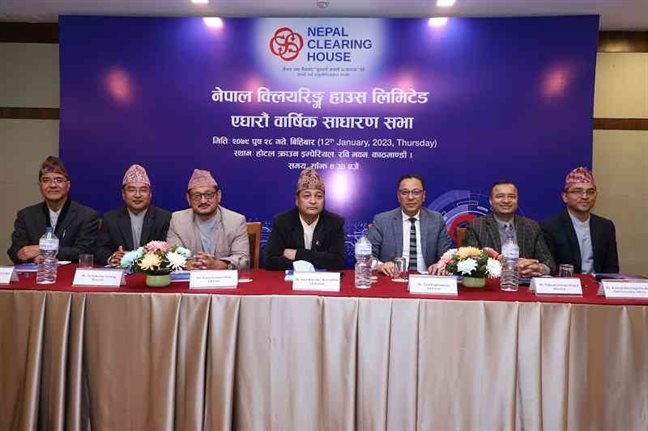 The paid-up capital of NCHL will be NRs. 783,375,768 after the bonus. The increase in capital will be used primarily to support its investments in National Payment Switch, additional payment systems, and enhanced risk management systems.

The net profit of the company has increased by 40% during the FY 2078/79, which is mainly due to the increase of over 57% in transactions processed through NCHL. The return on total equity remained at 24.5% with NRs 255 as the net worth per share at the end of the fiscal year.

NCHL is promoted by Nepal Rastra Bank, commercial banks, development banks, and finance companies, with a holding pattern of 10% by NRB and 90% by the BFIs. It primarily implements and operates national payments, clearing, and settlement infrastructures. It processed a total of 70.4 Million transactions equivalent to the settlement value of NRs 15.75 Trillion through its clearing and settlement systems including NCHL-ECC, NCHL-IPS, and RPS during the fiscal year 2078/79. It has also been operating various channel platforms including connection-ips, CORPORATEPAY, connect RTS, National Payments Interface (NPI), and NEPALPAY QR, with the recent implementation of Retail Payment Switch (RPS) as part of National Payment Switch.  It had 59 BFIs as its direct members with access to over 6,212 bank branches and over 73 non-bank institutions as indirect or technical members within NCHL’s network at the end of Ashadh 2079.