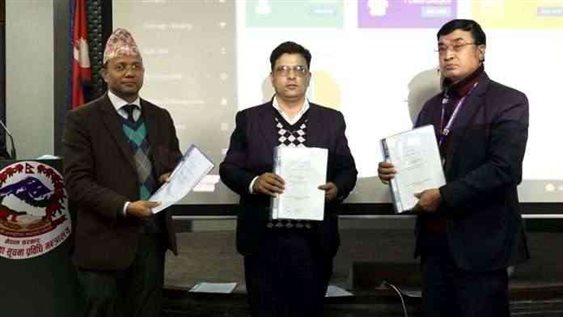 Government bodies can now send MMS to their service recipients for only 20 paisa. This facility can be availed by any government body connected to the centralized SMS gateway system brought into operation by the Department of Information Technology. The Department of Technology will act as a mediator between government agencies and service providers.

An agreement was even reached. The Department of Technology, Office of the Attorney General, Department of Transport Management, Ministry of Labor (Bagmati Pradesh) have entered into agreements with communication service providers Nepal Telecom and Ncell for SMS gateways.

The Department of Technology has taken the belief that the cost of this title will be reduced if it used to cost more than Rs 1.5 per SMS. “Since the centralized system will send SMS, data will be available on what, how much it costs, in what volume the SMS is sent,” said Lokraj Sharma, Director, Department of Technology. Now they don’t have to go to SMS service providers separately, they don’t have to build their own infrastructure.

Communications Secretary Vaikuntha Aryal, on the other hand, said that the effort to connect government bodies with the people was easy, cost-effective, and quick but there were some challenges. “Traffic congestion (jams) can be a problem when SMS from all the agencies come from the same gateway,” he said.

If all the bodies in all the seven states are connected to the centralized SMS gateway, it cannot be said that there will be no problem of congestion. ‘

He suggested the department be aware of the pressure of sending MMS to many people at the same time and to think about it at the beginning.

During the program, Minister Karki directed the department to find out whether the target group is connected with information, communication, and technology and to evaluate the effectiveness of this system after two / three months.

The computer engineer of the transport department Santosh Pokharel had told Kantipur a few days ago about the resumption of SMS service which had been closed for the past year. “With the mediation of the technology department, we have re-launched the SMS service at a cheaper rate,” he said.

Work is also being done to send OTP via SMS while filling the form for the license. ‘

According to him, even those who do not have access to the Internet can be provided information via SMS, so it is very important. “Our aim is to deliver information to every citizen quickly, easily and at low cost,” he said.

What is an SMS Gateway System?

A centralized SMS gateway system is a facility for any government body to send SMS to the customer through SMS providers (now Nepal Telecom and Ncell) using the infrastructure (software) of the Department of Information Technology. This allows the concerned body to send information to its clients at a cheaper rate.

Currently, the Office of the Attorney General, Department of Transport Management, Ministry of Labor, Employment, and Transport (Bagmati Pradesh) are connected to this system. The Department of Technology has already written to other bodies to join it. 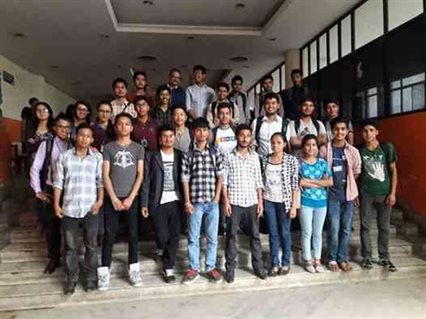 University Must Tie Up With Industry, CSIT Chairperson