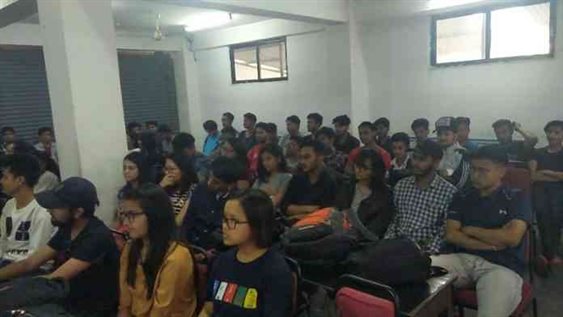 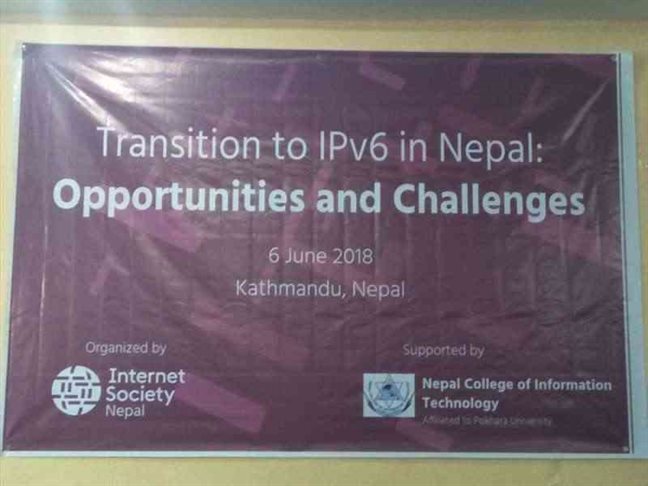 Internet Protocol Version 6 (IPv6) is an Internet Protocol (IP) used for carrying data in packets from a source to the destination over different networks. IPv6 is the enhanced version of IPv4 and can support huge numbers of nodes as compared to IPv4. It allows for 2128 possible node, or address, combinations.

The following are the features of the IPv6 protocol:

Ram Krishna Pariyar, Secretary of ISN and Krishna Prasad Pokharel, ExComm member of ISN made a presentation in an event regarding opportunities and challenges of IPv6 in Nepal.

The adaptation of IPv6 is less than 1 percent in Nepal informed Ram Krishna Pariyar. “All the contents in Nepal are stored in IPv4, that’s why embracing IPv6 can be meaningless”, added Pariyar.

In amid of the event Niranjan Khakurel, Principal of NCIT College encouraged students to research on Ipv6 very seriously because Nepal is yet unable to adopt IPv6 and one of the main reasons behind it is unskilled workforce.

The top 1,000 websites, as measured by Web analytics company Alexa, only 14.2 percent can be reached via IPv6 reports Pc world.

According to the report of International Journal of Science and Research prepared by Babu Ram Dawadi and Ananda Raj Khanal, the internet users and organizations of Nepal are not aware of the use of IPv6 in their services. ISPs are not in demand for IPv6 services to be offered by the customers. Some of the customers like banks and university network might have requested on IPv6 capable systems and applications. It is noticed that the knowledge and awareness about IPv6 and IPv6 ready equipment are minimal in the customer end; however, the new types of hardware and software purchased are already IPv6 capable.