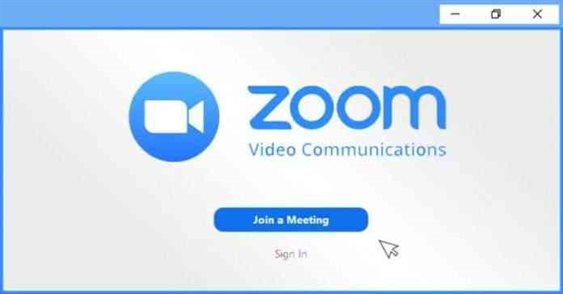 Zoom is one of the latest victims of cyberattacks amid the coronavirus pandemic. The online video meeting solution has been there for 9 years. Users realized the videoconferencing app’s immediate requirement most during the quarantine period.

Security researchers claimed that Zoom is vulnerable to remote attacks. Well, not a very good portfolio for a remote conference app, right?

According to cybersecurity expert @_g0dmode, Zoom’s video conferencing software for Windows is vulnerable to the “UNC path injection” flaw. This means that it could let hackers steal Windows login credentials including the passwords and execute arbitrary commands on their devices, Hacker News reported.

The researcher stated that these kinds of attacks are possible because Zoom supports remote UNC paths that convert insecure URIs into hyperlinks when received via chat messages.

How Did The Threat Actors Hack Zoom?

Basically, all an attacker needs to do is send a link to another user and convince them to click it.

The attackers exploit the fact that Windows automatically exposes a user’s login username and NLTM password hashes to a remote SMB server when attempting to connect and download a file hosted on it. Security researchers Matthew Kickey and Mohamed Basnet confirmed the existence of this vulnerability.

To steal the login credential of users, an attacker needs to send a crafted URL (i.e., \\x.x.x.x\abc_file) to a victim through a chat interface.

Once users click the URL, it eventually allows the attacker-controlled SMB share to capture the verification data from Windows. And, the users will have no knowledge of the attack.

It is to be noted that the captured password is not in plain text – it is in hashed form. However, password cracking tools such as HashCat or John The Ripper can easily crack the password in seconds.

The attackers can launch further attacks, especially in a shared environment like office space where Windows login credentials can be reused immediately.

The company fixed the issue by releasing a patch soon after reports of the existence of the bug came out. Eric Yuam, the CEO of Zoom addressed the security issues and stated that the fix will be pushed out automatically to all the users through the patch.

In a blog post, he stated, “We have fallen short of the community’s – and our own – privacy and security expectations. For that, I am deeply sorry, and I want to share what we are doing about it.”

Zoom has been in headlines before and it is due to something called “Zoom-Bombing”. Basically, it is when an uninvited guest shows up in an ongoing video conference.

Apparently, people found a way to sneak into unsuspecting meetings and online gatherings to bombard them with racial comments and pornographic images.

The FBI has warned zoom users of this incident. They slammed Zoom for not maintaining proper privacy and security measures for its users.

Zoom claims to have solved the issues in their latest patch but it still leaves some suspicions on the security of the platform.

The Hacker News recommends using Zoom client for the web. Besides using a strong password, users can change the windows security policy settings to turn off the automatic transmission of NTML credentials to a remote server.

Skeptical users can use other video conferencing and chat software. After all, privacy is a concerning matter.

Some of the best alternatives for Zoom are:

Have something to add? Please let us know in the comments.

WhatsApp Hijacking: Delhi Police Warns You About This New Scam