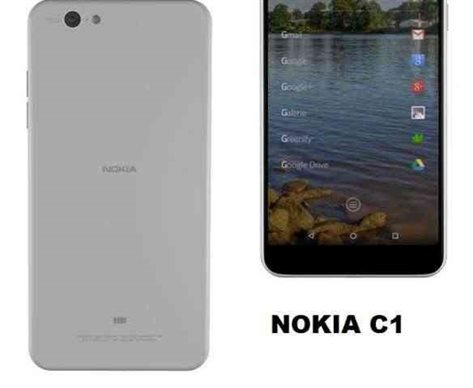 Nokia phone, which sometimes used to rule the mobile market has been disappeared in recent times. Maybe most of you including me have experience of using the average mobile phone for the first ever time. That is the reason when we hear the word Nokia we have deep feeling and attachment. Still, what can we do about this Nokia Company which was bought by Microsoft Company and disappeared? But there is good news, Nokia Company is coming back with its new Android Phone in the market.

According to the news, Nokia Company is bringing the new smartphone which works on the Android Operating System. It’s is normal that people become excited about the comeback of Nokia mobile. It is said that in future Nokia will bring C1 named smartphone in the market and now work is doing in silence very fast.

When we see the black front part, it looks like Xiaomi’s textbook, and when we see the back piece, then it seems like Motorola’s Moto G and Moto X. It is said that it will have 5 inches full HD display screen.

When Microsoft bought Company’s central part, there was kept a condition that till 2016’s end Nokia cannot produce and sell a new smartphone in their branding. Because of this, at least till the next 1.5 years, we cannot see Nokia’s this smartphone in the market.

It is also said that for Nokia producing smartphones has been like a drug, so for marketing, they are finding a third party brand.

According to news, Nokia C1 smartphone will have Android 6, Marshmallow operating system. Likewise, it will also include Intel processor and 2 GB RAM. So as it will have an 8-megapixel rear camera and five-megapixel selfie camera.