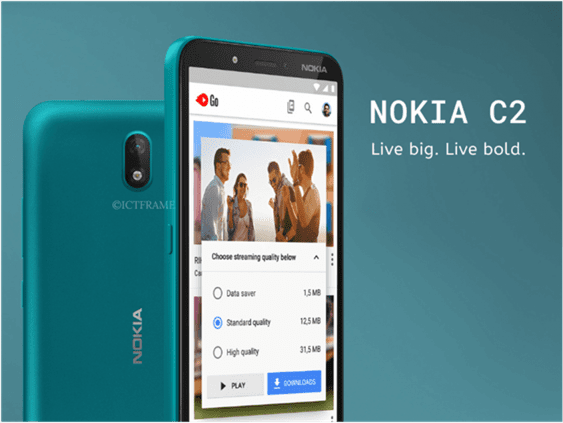 The authorized distributor of Nokia smartphones in Nepal, Teletalk Pvt. Ltd has announced the Nokia C2 price in Nepal. It is a promising entry-level phone with average specs that comes at an affordable price. As an upgrade over Nokia C1, it supports the 4G network.

Starting at a super budget-friendly price under 10K, Nokia C2 does have a lot to offer in the Nepalese market. At least in its price margin, obviously.

The Nokia C2 smartphone was released by the mobile phone giant in March 2020. The design is pretty much similar to its predecessor, so no significant points for design. However, the display is a little taller with a 5.7-inch IPS LCD touchscreen and 720 x 1520 px resolution. The IPS tech is certainly a leading LCD technology in the world.

Powered by an Unisoc chipset, 1GB of RAM, and internal storage of 16GB, it is a pretty average smartphone. Well, nothing to complain about in an entry-level smartphone! However, it does come with Android 9 Pie (Go edition) to balance out the internal setup. 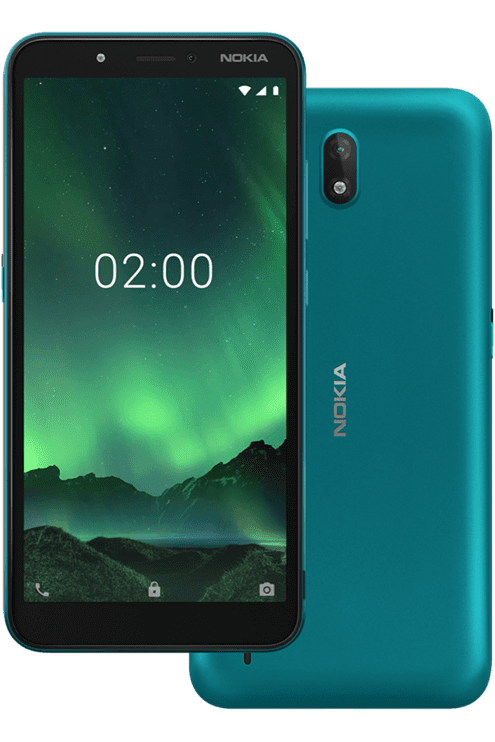 Moving on to the cameras on the Nokia C2, it comes with a 5MP sensor with f/2.2 at the back. The camera bump houses both the sensor and an LED flash. In addition, the selfie shooter is another 5MP sensor that also gets an LED flash. Camera twinning!

It packs a Li-Po 2800mAh battery which is an upgrade from C1’s 2500mAh. Buyers will also get a 5W charger inside the box. As mentioned earlier, the 4G connectivity on the Nokia C2 is a level up considering the rise of 4G in Nepal.

Unlike high-budget phones, it does come with a 3.5mm headphone jack and also manages to get Loudspeaker. There’s not much to talk about the sensors as it only packs the basic accelerometer and proximity sensors. The Nokia C2 comes in two color variants: Cyan and Black.

This smartphone is clearly for first-time users. With its amazing features packed in a budget price, it will certainly assist users in shifting to the rapidly progressing digital world.

Check out Latest Nokia  Mobile Price in Nepal to compare Nokia mobile prices and get a better smartphone for you. You may definitely want to check out the Nokia 2.2 that comes at a similar price range that sports a face unlocking feature on a 13MP camera and a 3000mAh battery.