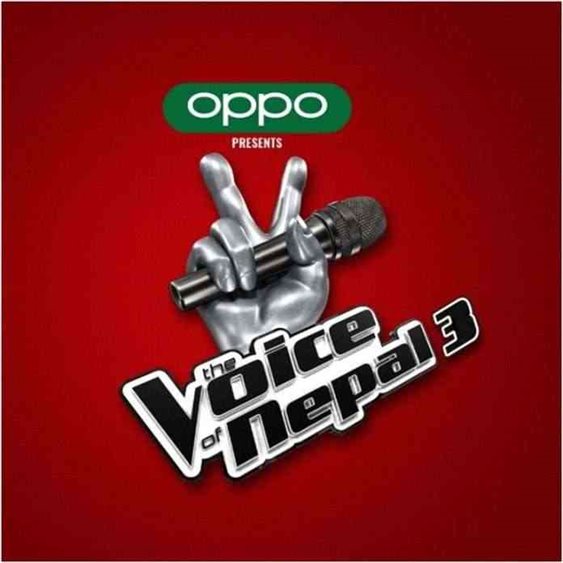 “OPPO Presents The Voice of Nepal-3” is currently leading the charts as the most-watched Television program in Nepal. Introduced in Nepal as a franchise of the international reality show “The Voice,”; is being title sponsored by leading global smart device brand OPPO. OPPO sponsored the program to provide a platform to Nepali Talents seeking an opportunity to come into the mainstream, commented Mr. Pearson Shen, Marketing Head, OPPO Nepal.

Right now, the program has entered the live round with its TOP 12 contestants. The program has already provided the country with many singing talents. Contestants still in the program, and those and instead are gaining huge popularity and are now considered stars. OPPO always s to represents a future filled with warmth, openness, and wonders, and with the show, the company seems to be getting a step closer to its objective.

“OPPO presents The Voice of Nepal-3″ is a reality show where voting from viewers and audience hugely matters from the live round. Henceforth, each week to keep the contestants safe from elimination unlimited votes will be cast informed by the organizers. Looking at previous seasons, The contestants will be getting votes from Nepal and equally from abroad. Through this, it can be clearly seen that the program and contestants are hugely popular abroad too. Due to which eliminated and contestants who are still running for the title hunt are getting many proposals to perform abroad through various organizers. Utilizing the popularity, contestants eliminated already come up with their own or cover version of popular songs. The appraisals and popularity they are gaining through Social media clearly prove that they are already established as stars in the Nepali music industry. This ultimately fulfills OPPO’s aim of bringing joy to Nepali viewers and directly/indirectly contributing to the Nepali entertainment industry with extremely talented singing stars.

Nepal Edition of the international franchise “The Voice” is gaining huge popularity. The increasing craze and its viewership in almost all Social Media such as Facebook, YouTube, TikTok, Instagram, etc., are more than enough to quote its success status. Looking at the public gossip in town and the popularity of the program, the winner, and other gossip starts, will undoubtedly be getting celebrity status an ande believe through his tie-up with “The Voice of Nepal” Music industry in Nepal will be getting a huge singing superstar,” said Mr. Shen.

IPad Mini 4 At Best Buy To Get Apple’s New IPad...