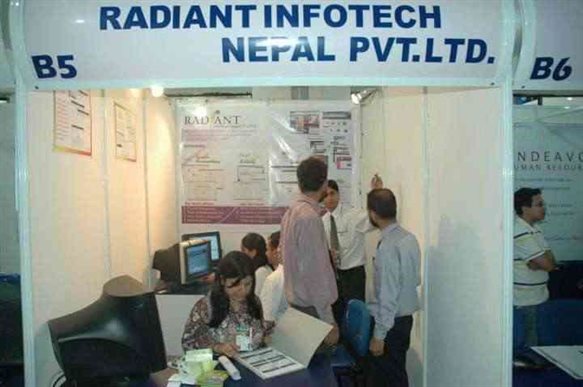 The key to the digital signature was provided to Rajanraj Panta, former controller of certification office. Even if he tried to carry out the process in a speedy way, the change in the authority to the director of information technology division by the government made it delay more.

“Now the preparation has completed. Certifying authority is being trained at the moment. All works will be completed till chair, and the authorized user will start from Baisakh.” said Birendra Mishra, chief of a controller of certification office and director of information technology division.

This way no one can deny the use of the signature and the pillar of Electronic transaction is the digital signature.” said the director. ” Since the use of Information Technology, the number of cyber crimes has also been increased. Their digital signatures will be helpful to reduce such crimes” says Panta, former controller of the certification office.

Now every forms and transaction can be Authorized and Secure. The government of Nepal appointed Radiant Infotech Nepal Pvt. Ltd. as a Licensed Certifying Authority (CA) for Digital Signature.

As it has been licensed by the government, it is going to issue private keys to users. “We have a deal with international Finance Cooperation for increasing the capacity.

Digital signatures are going to be necessary for the electronic transactions.” says Mishra. The digital name is specially-coded information that has private and public keys.

The public key is known by others while the private key is kept secret and allows the user to check whether or not transactions are operated safely.