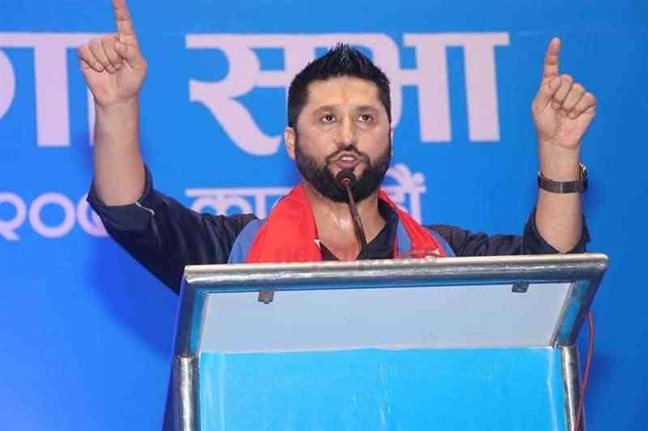 Rastriya Swatantra Party Chairperson Rabi Lamichhane from Chitwan region no 2 wins representative member With a high number of votes, he has been elected.

Lamichhane received 34289 more votes than his rival from the Nepali congress Umesh Shrestha.

Chitwan-2  Raily: This region is ruled by UML. From here in 200 and 2074 Krishnabhakta Pokherel was elected. At this time local election to UML had a maximum number of votes.

Citizens that used to vote for UML and congress voted for rabi which made him stronger.

Rabi worked in television for a long time and ran a show called ‘Sidha kura janta Sanga. He raised his voice against irregularity and helped many people which convinced many people heart to vote for him.

The other reason that people voting from Chitwan like him is that he was in custody too.

In 2076 Shrawan police took him in custody from Chitwan for his co-worker Shaligram Pudasaini’s death. During that time he was famous due to his television work. People were raising their voices for him every day. Rabi is not the victim, he is blamed without any reason said the citizens of Chitwan.

After the release of rabi from his custody people were crowded in the Narayani river. Specifically from that time rabi won the hearts of people in Chitwan.

Rabi decided his election region on the last day. For a long time, he was confused between Chitwan and Kathmandu. Following that he hadn’t forgotten the support he received from Chitwan’s people while he was in custody. Seeing the support from peo[pe after being released from custody motivated him to get into the political field.