A new budget smartphone from Realme has arrived in Nepal. Pashupati Tradelink, the sole authorized distributor or Realme mobiles in Nepal, has launched the Realme C3 in Nepal. The C-series is Realme’s entry-level lineup, and in this article, we will discuss the Realme C3 price in Nepal along with the full specs and availability.

The Chinese smartphone maker Realme had a busy 2019 with multiple smartphone launches. It launched the Realme C3 in India in February as a successor to Realme C2. In fact, the latest MediaTek Helio G70 chipset is the major highlight of this smartphone.

With its official launch in Nepal at an affordable price, it goes head-on with the likes of Redmi 8 and Redmi Note 8.

The new release from Realme opts for a unique look that it calls the Sunrise design, which was also used in Realme 5i. Realme C3 features a plastic frame with well-positioned buttons. Although, the fact that they are fitted into the structure may make them hard to find by feel.

If you look at the top of the device, you’ll find nothing there. However, there are micro-USB port, 3.mm audio jack, and a loudspeaker grille on the bottom.

Talking about its display, the Realme C3 comes with a 6.5-inch display, which is more significant than its predecessor. Like most Realme devices, it too has a dewdrop notch that houses the selfie shooter.

As mentioned earlier, it packs a brand new MediaTek Helio G70 SoC. It is an octa-core processor and makes it an amazing chipset selection for a budget smartphone like the Realme C3. The smartphone comes in two variants – the base variant being the 3/23GB and the higher one being the 4/64GB. 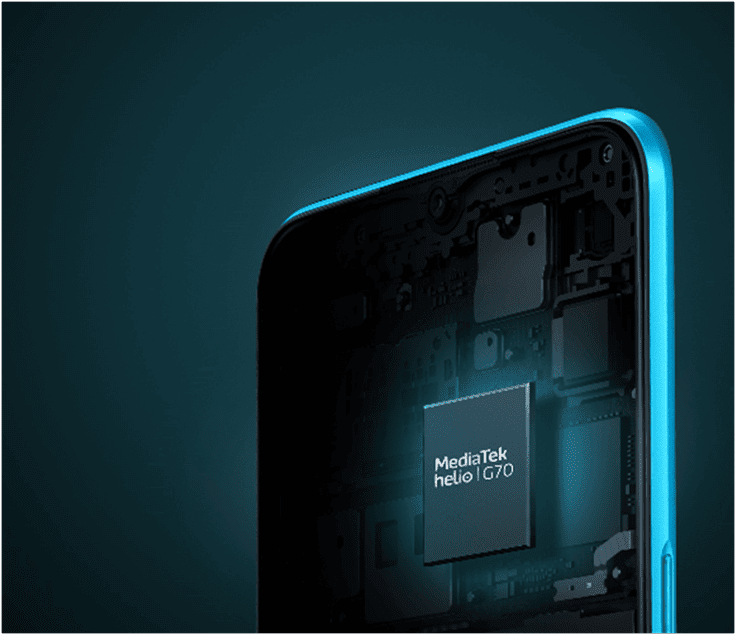 However, we will have to make do with the 3/32GB variant as we will not be getting the 4GB RAM variant here in Nepal. The Realme C3 runs on Android 10 with the new Realme UI 1.0 on top.

The thing about the Realme C3 is that there are two variants – global and Indian. The Indian option sports a dual-camera setup at the back with a 12MP primary sensor. Accompanying it is a 2MP depth sensor, and that’s about it. The selfie shooter is a 5-megapixel camera. 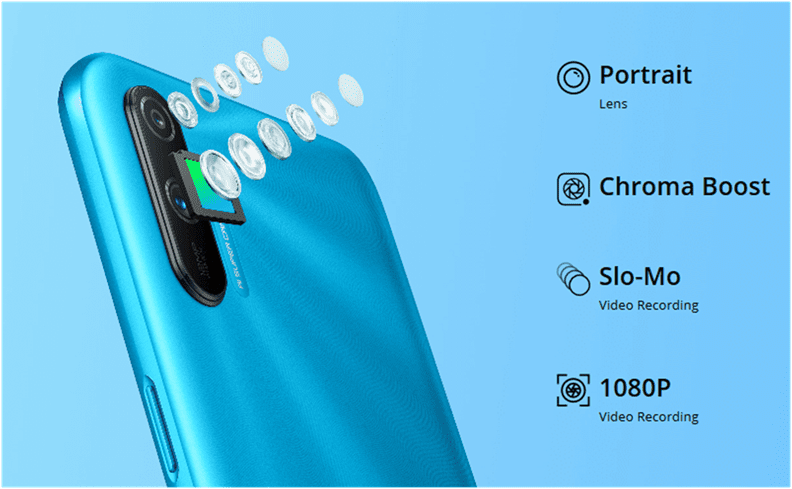 Talking about the camera modes, it’s pretty much the same as the previous Realme phones. Buyers get modes such as Time-lapse, Portrait, Slo-mo, Expert, and Pano on this device. Also, it comes with quick toggles for chroma boost and HDR.

The Realme C3 packs a massive 5000mAh battery, which delivers excellent performance and battery life. With routine tasks, it could last a whole day or more without plugging the phone on the charger. It takes over two hours to charge this smartphone completely with the 10W charger that comes in the box.

As we know, we only got the base variant here in Nepal since the 4/64GB variant will not be releasing in Nepal. The official Realme C3 price in Nepal is Rs. 16,990 for the 3/32GB variant.

The smartphone is available for purchase at mobile retail shops all over Nepal from June 24, 2020.

With its launch, it directly gives a tough competition to Redmi 8, which is available for Rs. 16,500 for the 64GB variant. Unlike Realme C3, the Redmi 8 comes with an 18W fast charging feature.

So, which one would you go for? Let us know in the comments!

OnePlus 8 with Snapdragon 865 and 90Hz Display Launched in Nepal