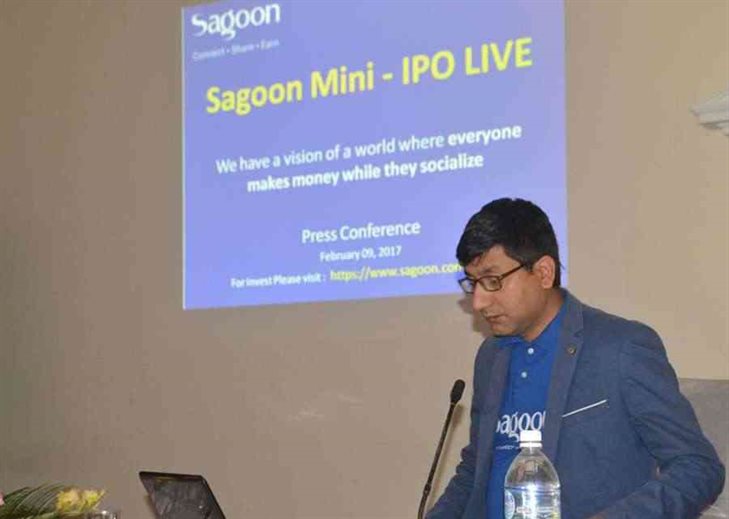 Sagoon’s Mini- IPO is LIVE now.  The company is to raise $20 million

Washington, D.C., Feb 9, 2017: Sagoon Inc. – announced today that it has launched online public offering to raise $20 million of its next round of funding from the general public. Beginning today, everyone from anywhere can buy a piece of Sagoon as little as $299 and become a company’s valued shareholders.

A week ago, the Securities and Exchange Commission of the United States has qualified Sagoon’s offering statement and now the company started selling its 869,564 shares of Class C Common Stock at $23 per share; the minimum purchase will be 13 shares. The offering will be conducted on a best efforts basis through its own website www.sagoon.com/invest, where the Offering Circular relating to the offering will be posted.

Govinda Giri, the founder of Sagoon, said “I always wanted to offer this opportunity to my own community, and all those fans & supporters who believe in our dream, so that each one of them gets a chance to help us change the world and receives the potential financial benefits that Sagoon aims to share.” He further added “Thanks to the US JOBS Act of 2012 which makes it possible for us to have a positive impact on many sides of our society”.

It is the opportunity that was not available during the early stages of other social media companies like Facebook and Twitter. This means there is a huge potential financial reward for every single investor. Also, each investor will get certain benefits that fall in the ambit of the investment amount he/she wishes to invest.

Prior to this live offering, Sagoon ran ‘Testing the Water Phase’, wherein the company got over $7 million in indicated interest from more than 4000 investors located in the US, Canada, India, UK and other parts of the world. This success is attributed to the idea Sagoon is built around and the combined efforts of the team working to convert it into reality.

Anyone who is interested in this investment offering can visit www.sagoon.com/invest and invest, as long as it’s legal in their country.

OnePlus 8T is Now Available For Purchase in Nepal