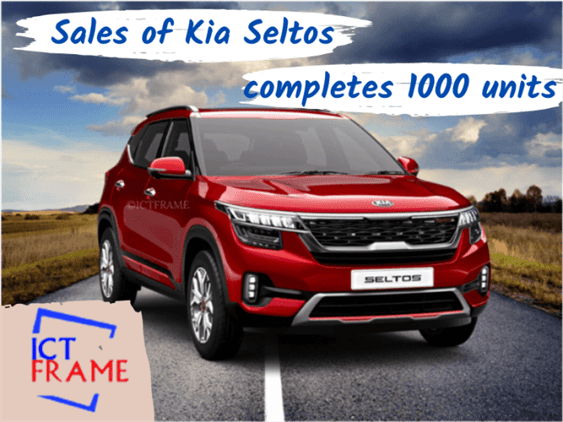 Kia has become one of the best-selling car brands in Nepal. It’s Seltos and Sonet models are the most sold ones. Continental Trading Enterprises Pvt. Ltd. is the official dealer of Kia motors in Nepal.

According to the dealer, Kia’s latest SUV Seltos have reached 1,000 units.

The company has completed one year of selling Kia’s mid -SUV Seltos. On the occasion, it was informed that one thousand units have been sold.

With the launch of Kia’s Seltos and Sonet, Kia has become the third best-selling brand in Nepal, the company claimed.

About two months ago, Kia Sonet arrived in Nepal. More than 250 units of Sonet has been sold according to the statement issued by the company.

The Seltos features include:

The company claimed that these features are the first feature in the segment.

The company has been selling the initial variant of Seltos at a price of Rs 49.90 lakh to 80 lakhs.

Kia Seltos has 10 variants including 4 diesel and 6 petrol engines. These variants come in normal, base, semi, or full option.

To know more about Kia Seltos on its features, color upgrade, key specifications, price of each variant, and more, click here.