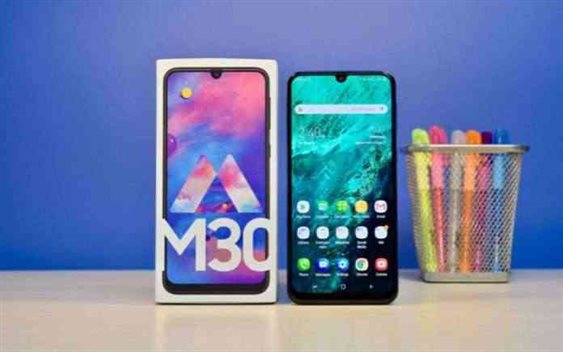 Samsung has been a top pick for many users when it comes to choosing smartphones. However, the company’s mid-range phones were not doing that well until the Galaxy M-series. Both the Galaxy M10 and M20 did pretty well in the market and thus following in its predecessor’s path, the company has launched the Galaxy M30. It is available in retail shops in Nepal.

The smartphone has a Super AMOLED display accompanied by a Full HD+ resolution and Infinity-U notch fitted on a 6.4-inch display panel. Galaxy M30 has a triple rear camera setup with two lenses provided for ultra-wide angle and depth sensors whereas a primary 48 MP camera completes the configuration. The Infinity U-notch houses the 16 MP selfie camera.

The series is available in two variants, one with 4GB RAM and 64 GB storage space and the other with 6 GB RAM and 128 GB storage. Both these models house a DDR4X RAM and UFS 2.1 storage — the Exynos 9611 powers the smartphone series. The backup provided on its battery is enormous with 6000 mAh battery supporting 15W quick charging. However, the fast charge feature takes 2 hours to charge the phone entirely.

The phone’s exterior is entirely made of plastic. It is available in Opal Black, Pearl White, and Sapphire Blue colors. A fingerprint sensor is available on the rear side of the device at a decent height.